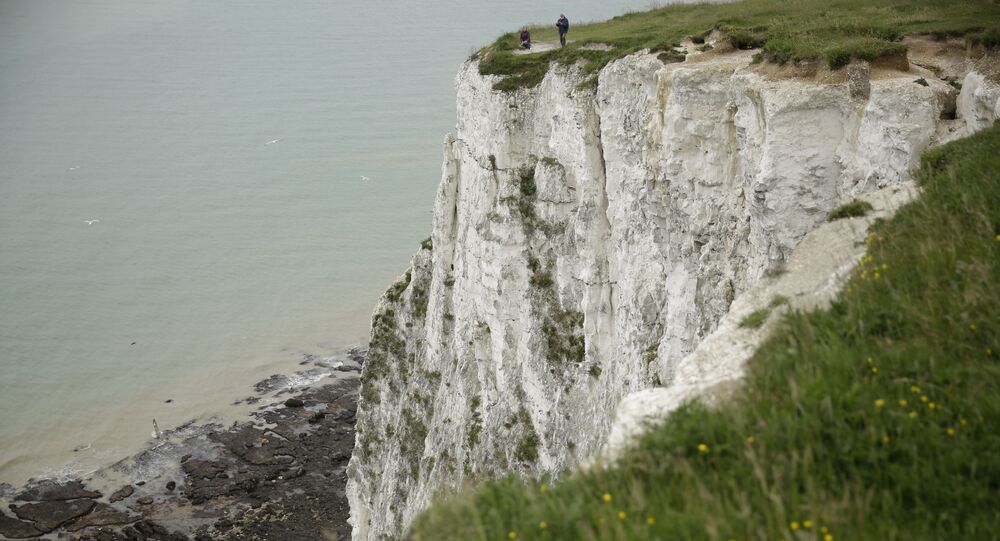 Whether it was a good sign or a mere coincidence, an amateur metal detectorist from the UK, living through a painful divorce from the European Union, has come across a coin with the face usurper-emperor Allectus, jokingly dubbed the “Brexiteer of his day”. He fought the Roman Empire to keep his control over Britain in the third century AD.

An anonymous hobbyist from the UK has discovered an immaculate gold coin dating back to the Roman Era while searching a freshly ploughed field near Dover in Kent with a metal detector. The coin, which weighs 24 carats, or 4.31 grams, depicts Emperor Allectus, who ruled around 290AD on one side and captives, kneeling in front of a god on the other.

According to the 30-year-old, who discovered his “find of a lifetime”, he did not initially believe it was something worthy, because it looked so shiny and new. But when he realised what it could be, he “just completely freaked out, as he told the Daily Mail.

“It was then authenticated by the British Museum and the specialist there was just as ecstatic as me. He said it was one of the best finds he had ever seen. I've never found anything like it in seven years of detecting and I'm still gobsmacked now”, he told the outlet.

​The coin, known as an Aureus, is expected to be auctioned for about $130,000 later this year. The lucky detectorist is splitting the future profit 50/50 with the landowner, who is also “really excited,” according to the discoverer.

“I don't have any plans for the money at the moment but the first thing the landowner said to me was that they would be going on holiday. I actually wish I could afford to keep the coin but unfortunately it's way out of my range”, the scout told the outlet.

The precious penny-sized find is the first coin dating back to the times of Allectus discovered over the last 50 years. In fact, there’s only one matching example known, which has been preserved in the British Museum.

Ironically enough, the British media have dubbed Allectus, who reigned in Britain from 293 to 296AD, the “Brexiteer of his day”. He managed to gain control over these lands killing his boss, another rebellious ruler, and fought the Roman Empire, which wanted to reclaim its former province. However, Allectus’ reign did not last long as he was defeated in a crucial battle and killed on the run.