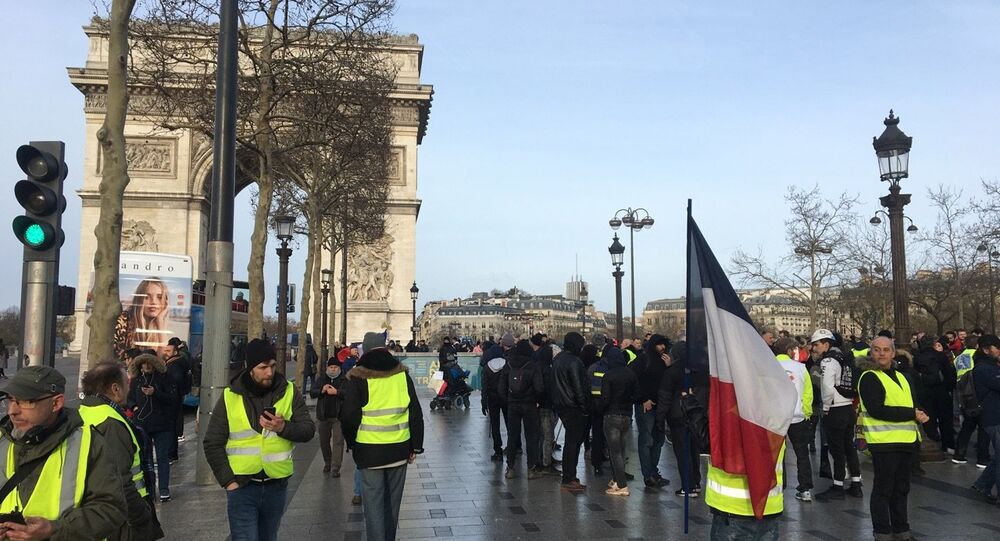 The Yellow Vests's rallies rock Paris for a 21st consecutive week, as protesters gather in the French capital and other cities to oppose the policies of President Emmanuel Macron's government.

During the demonstrations held last weekend, about 5,600 protesters went out into the streets, including at least 1,800 yellow vests in Paris, according to the French Interior Ministry.

Earlier in March, the French police banned protests on the Champs-Elysees and in its vicinity, citing security reasons.

At the moment, police have arrested at least 21 protesters.

In the meantime, the government is expected to mobilise about 90 police units across the country, including almost 30 in Paris alone, in order to maintain order during the protests.