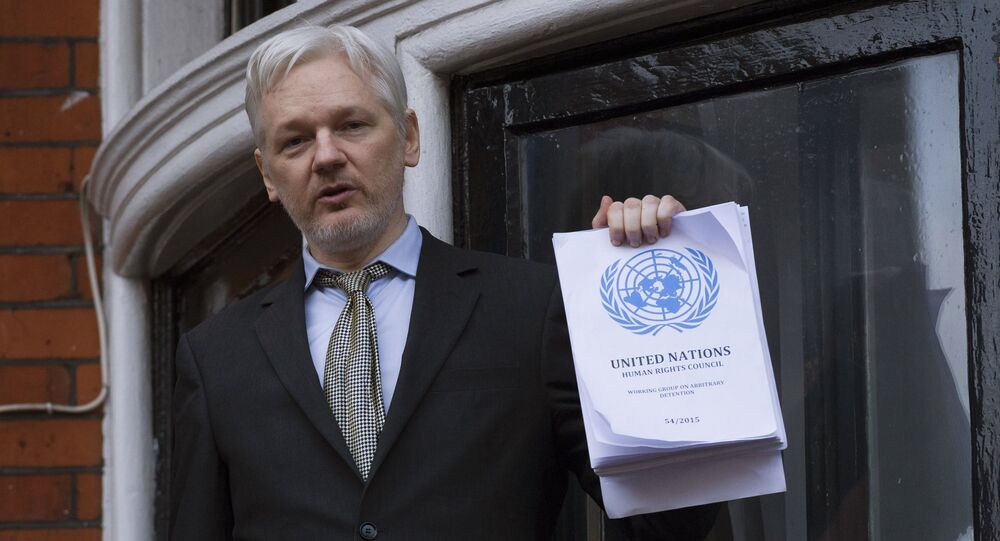 Earlier on Thursday, WikiLeaks warned that Julian Assange could be expelled from the Ecuadorian Embassy in London within "hours to days" by Ecuadorian President Lenin Moreno. According to a WikiLeaks' source in Quito, the Ecuadorian government has already concluded an agreement with London for the Australian's arrest.

The warning about Assange's possible arrest comes several days after Ecuador's president claimed that the WikiLeaks founder had violated his terms of asylum numerous times.

In the meantime, the Ecuadorian Foreign Ministry has denied the reports about Assange's expulsion from the embassy.

"The Government will not comment on these baseless rumours, which are also insulting. Ecuador makes its own decisions independently from other countries. Diplomatic asylum is a state's sovereign right, and it can grant or recall it unilaterally," Ecuadorean Foreign Minister Jose Valencia tweeted.