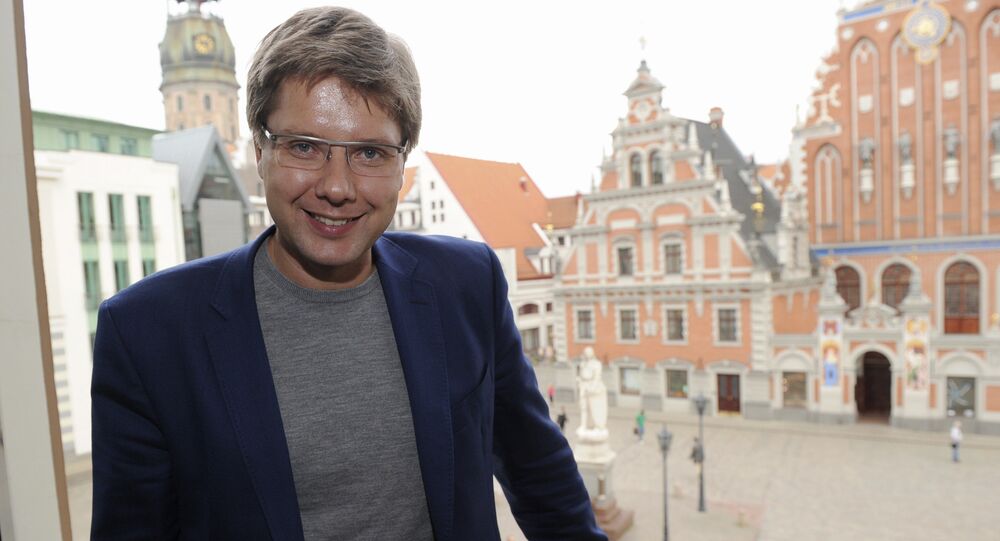 RIGA (Sputnik) - Juris Puce, the Latvian Minister of Environmental Protection and Regional Development, has removed the mayor of Riga, Nils Usakovs from his post, the Latvian authorities' official newspaper Latvijas Vestnesis has reported.

According to the decree, published by the outlet, Puce dismissed Usakovs, who is the leader of the party Harmony, the largest movement representing Latvia's Russian-speaking population, from his position as chairman of Riga's local legislature.

Sputnik
Protest Action Against Social Inequality in Latvia Takes Place in Center of Riga
Notably, the minister's decision is subject to be challenged by Usakovs in court.

Usakovs has served as Riga's mayor since 2009.

Over recent months, Usakovs has survived a number of no-confidence votes over his alleged links to a corruption scandal around a municipally-owned monopolist transport operator. Usakovs has repeatedly denied the accusations being levelled against him.

In March, Usakovs said he would leave his post as mayor in order to be able to represent his party in the European Parliament elections, scheduled for May.