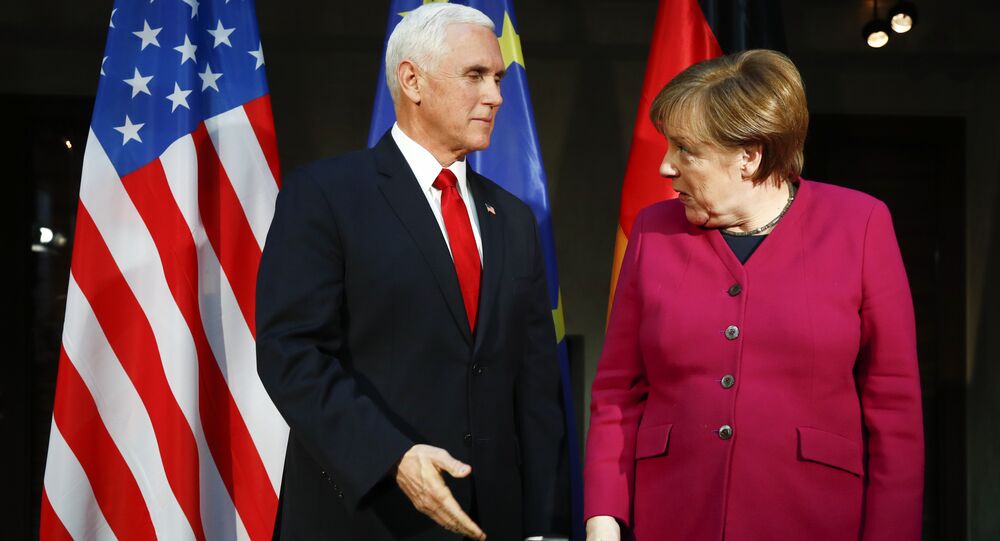 Renewing the US president’s rant, Mike Pence turned NATO’s 70th-anniversary event into a roast party for Germany. He took Europe’s largest economy to task for their refusal to boost military funding up to the alliance’s target of 2% of GDP (gross domestic product) as well as its persistence in building a Russian-European undersea gas pipeline.

US Vice President Mike Pence has launched a verbal tirade against Germany and other NATO member states over failing to make the necessary investment of 2% of their GDP on defence, the allies agreed on in 2014. During NATO’s 70th-anniversary event in Washington, as he addressed allies’ ambassadors, foreign ministers and supporters, he insisted that Berlin with its goal of 1.5 percent of GDP by 2024 “must do more”. The US vice president noted that NATO member states have “stepped up” and made a pledge to collectively allocate $100 billion by the end of next year and reach the 2 percent target by 2024.

“Still, too many others are falling short, and as we all acknowledge, Germany is chief among them”, he added, blasting Germany, which, according to Pence, “has benefited from US protection of Europe for generations”.

He also noted that an annual report to the German parliament on their armed forces had revealed “glaring deficiencies in Germany’s military readiness”.

However, Germany’s military budget was not the only point of criticism Pence brought up against Europe’s powerhouse. He also renewed US President Donald Trump’s rants about Germany building the Nord Stream 2 underwater gas pipeline together with Russia and claimed that if Berlin persisted, it could turn the country’s “economy into literally a captive of Russia”.

“It is simply unacceptable for Europe's largest economy to continue to ignore the threat of Russian aggression and neglect its own self-defence and our common defence”, Pence stated.

Before the summit in Washington, celebrating the alliance’s 70th anniversary, Donald Trump also schooled Germany for failing to reach the 2% commitment. Speaking to NATO’s General Secretary, he underscored that “Germany honestly is not paying their fair share”.

German Foreign Minister Heiko Maas later rebuffed his criticism, saying the efforts to boost the defence budget are being debated within the country and pointing at the country’s painful history.

“These debates are necessary in view of Germany’s history. Instead of only talking about ability or willingness to honour commitments with the alliance, we should also make one thing clear: NATO may be a security alliance but above all it's an alliance of values and it has a political function”, he said on the sidelines of the NATO summit, as cited by the Washington Examiner.

The US president has persistently criticised fellow NATO members for missing the 2% of their GDP target on defence, set during a NATO summit in Wales, the UK, in 2014 when the allies agreed to reach it within 10 years. Trump earlier pointed out that only a few of the 29 member states are in compliance with the commitment and insisted that the other members of the alliance should pay their "fair share".

Moreover, he recently said that he would like to see NATO members pay more than the 2% goal for defence – a shift from Trump’s speech last year when he told NATO leaders to increase defence spending to 4 percent of GDP, adding that the United States pays 4.3 percent of its GDP to NATO.

The US president has even questioned the Cold War-era bloc's relevance, calling it "obsolete" and "unfair" to Washington. While the US spent nearly $700 billion on military expenditures in 2018, all its European NATO allies combined allocated just $280 billion.