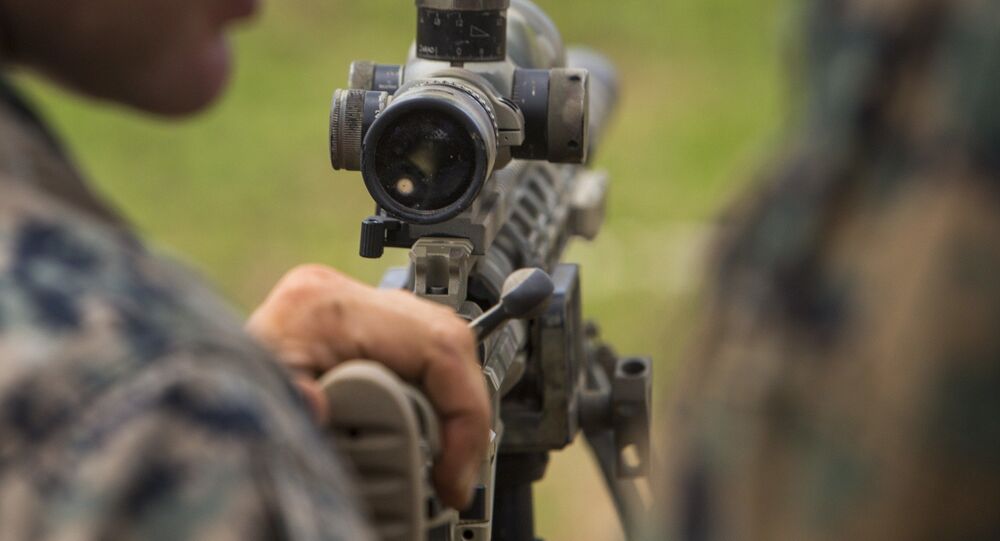 Given the agitated state of affairs in UK politics due to Brexit chaos and the divisive nature of proposed solutions to the negotiations deadlock, officials and members of public reacted actively to footage appeared on the Internet showing alleged UK soldiers firing rounds at the portrait of the Labour party leader.

"We have confidence in the Ministry of Defence to investigate & act on this incident," the spokesman said.

Video has emerged of soldiers on a shooting range in Kabul firing at a target of Jeremy Corbyn. MOD confirms it as legit: pic.twitter.com/qOr84Aiivj

British MPs condemned "this type of behaviour," especially in the light of heightened political tension in the UK due to Brexit uncertainty.

This is absolutely hideous and irresponsible under this or any climate https://t.co/UeASgRZ4HD

Absolutely disgraceful, l hope the investigation will be conducted thoroughly and the conclusions made public. Political tensions are heightened at the moment and this type of behaviour is wholly inappropriate and unacceptable, we expect much better from our Army and soldiers. https://t.co/zA53JnsTsf

This is disgraceful. It defies all the values and standards of the @BritishArmy soldier. I expect an immediate apology from the @TheParachuteReg, @ArmyCGS and Secretary of State for Defence @GavinWilliamson.

This is disgraceful and falls far below the standards expected of @BritishArmy soldiers.

Members of public also took to social networks to express their views on the incident.

is on the poster they are all shooting at.

That shows how easily people can be manipulated.

Can’t see anything wrong with it personally, pictures of public enemies have been used as targets for years. Maybe they should use a picture of the other public enemy Toxic Tess too.

Oh my God that is outrageous. Establishment have no intention of letting Corbyn lead a labour govt hence their constant attacks & smears trying to rile up extremists.

Yes, many seem perversely excited by the idea of a potential Prime Minister being shot and for the army to stage a coup. Britain is in dangerous waters.

Earlier this year, British MPs have appealed to police forces to take measures after cases of verbal clashes between Brexit protesters and the politicians occurred outside Westminster.

"This behaviour is totally unacceptable and falls well below the high standards the Army expects," an Army spokesperson, quoted by British media, said.

The practice is understood to take have taken place at New Kabul Compound in Afghanistan and are part of 3rd Battalion Parachute Regiment.