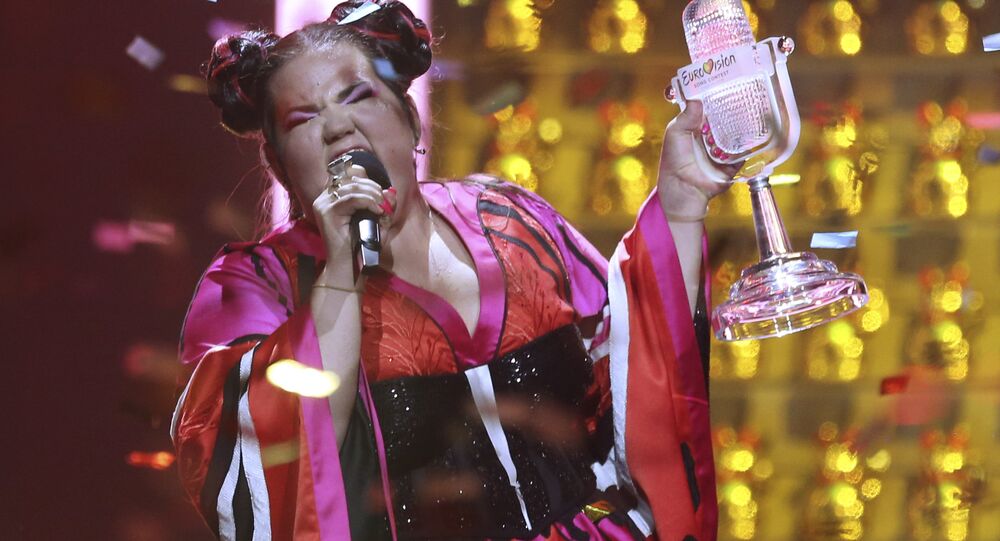 Reigning Eurovision champion Netta Barzilai has brushed aside numerous calls to boycott against this year's song contest in Israel by claiming that "boycotting light spreads darkness".

A total of 171 Swedish artists and celebrities have signed an open letter urging to boycott the Eurovision Song Contest in Israel.

"We, Swedish artists and cultural workers who have signed this call, cannot quietly watch Israel use the Eurovision Song Contest to conceal their crimes against the Palestinian people", the appeal published in the Aftonbladet newspaper said.

"Just a few days after the Israeli victory in the Eurovision Song Contest in May 2018, Israel's army killed 62 Palestinians who protested against their prison-like imprisonment in Gaza. Six of those murdered were children. At the same time, Israeli Prime Minister Benjamin Netanyahu expressed his delight that Netta Barzilai, the winning singer, was the best ambassador for Israel in the world", the artists claimed.

"As long as Israel, with its apartheid policy, denies the Palestinians their basic human rights, we must renounce all participation in Israeli cultural exchanges", the signatories concluded.

READ MORE: From Israel to Ukraine: The Backstage of Eurovision Political Scandals

Previously, calls to boycott the ESC in Israel were voiced by the Left Party, demanding that Israel be excluded from Eurovision on "humanitarian grounds". "We cannot continue dancing and singing while the abuse of the Palestinian people continues".

​The artists' appeal, which embodies the left-leaning cultural elite's stance in the Middle Eastern debate has triggered a lot of negative reactions, featuring accusations of anti-Semitism and double standards on such issues such as LGBT rights.

"You known when anti-Semitism lives on when a bunch of musicians express one-sided hatred of the Middle East's single democracy and the only place in the region where homosexuals are not persecuted and where people may believe and say what they please without without reprisal. None of them protested against [Eurovision being held in] Azerbaijan", psychiatrist and author David Eberhard tweeted.

"The 'tolerant' left should not forget that Israel is the only Middle Eastern country where gays and lesbians can kiss and take part in pride parades without being lynched or brought to court", Liberal debater Jenny Sonesson wrote on Facebook.

As part of the nation's "feminist" foreign policy, in 2014 Sweden became the first EU nation to recognise the state of Palestine, which caused a severe backlash from Israel and a dramatic souring of Swedish-Israeli relations.

This year's song contest will take place in Tel Aviv this May after Barzilai's win in Lisbon. The Israeli singer has brushed aside calls for a humanitarian boycott by claiming it is "not the answer".

Hatari, the band representing Iceland in this edition of Eurovision, also signed a petition calling for the boycott. After being selected, Hatari announced plans to protest on stage, despite it being a violation of the contest's rules.