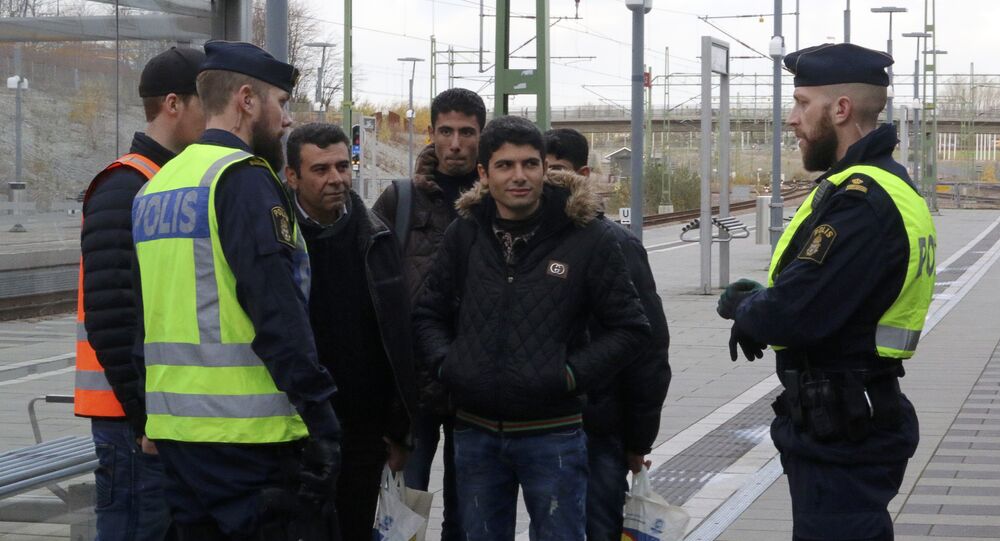 The most recent mapping of migrant crime was carried out in 2005, whereupon this practice was put on ice, as suggesting a connection between crime and a person's ethnicity or race was considered unethical. Meanwhile, there is no shortage of independent studies that have highlighted migrants' drastic over-representation in certain types of crime.

Sweden's Crime Prevention Council (Brå) has initiated a new research project that looks at the connection between crime and immigration.

"There is great demand for new knowledge about crime among people with a foreign background", Brå wrote on its website.

The survey will look at different types of crimes, such as violent crimes and sexual offences including rape.

The question of whether Brå should look closer at the connection between crime and people's origin has been debated in recent years, ever since the practice of reporting ethnicity was effectively abandoned in the mid-2000s.

A 2005 study, the latest of its kind, showed that foreign-born men were five times more likely to be suspected of sex crimes than native-born Swedes.

In 2018, the Moderate Party presented the requirement that the origin of the offender should be mapped when it comes to sexual offences in order to increase knowledge and be able to take the right measures. The government replied that it was up to Brå to decide whether such an investigation was needed. Now, the authority has decided that the time is ripe for a new study. According to Brå, it will make it possible to follow developments over time and highlight more issues than in the previous study.

"I think it is very positive", Johan Forsell, the Moderates' legal policy spokesman told Swedish national broadcaster SVT. "If you want to investigate what the sad increase in sex crimes is due to, you have to look at everything", he said, stressing that not delivering facts yields rumours and delusions.

In the autumn of 2011, however, Sweden Democrats MPs Kent Ekeroth and Thoralf Alfsson submitted a motion for Brå to carry out a study on how crime among immigrants and their descendants has developed since the last study. That motion was unilaterally  voted down by the other parties, including the Moderates.

Ekeroth also claimed in an interview with the BBC that crime in Sweden has increased in line with the number of immigrants who have arrived in the country. For this, Ekeroth received a lot of criticism in the Swedish media and was labelled "racist". Among others, Jerzy Sarnecki, a professor of criminology, called the Sweden Democrat's claims a "lie". At the same time, Sarnecki was forced to admit that foreign-born people were frequently over-represented in several types of crime.

"I demanded this eight years ago. Neither the centre-right nor the subsequent red-green government wanted to order a new study from Brå", Ekeroth tweeted, as the Swedish politicians changed their tune.

The results of the new survey will be published in early 2021.

Meanwhile, there is no shortage of independent surveys highlighting migrants' drastic over-representation in various crimes.

In late 2017, an independent report suggested that migrants, who by conservative estimates from Statistics Sweden constituted about a fourth of the country's population, were severely overrepresented in crimes of a sexual nature, accounting for over 90 percent of rapes and gang rapes.

In 2018, broadcaster SVT found that 58 percent of convicted rapists were foreigners. In cases where the perpetrator and the victim didn't know each other, the number of non-Europeans jumped to 75 percent.

Also in 2018, the newspaper Aftonbladet concluded that 88 percent of Sweden's gang rapists had a foreign background.