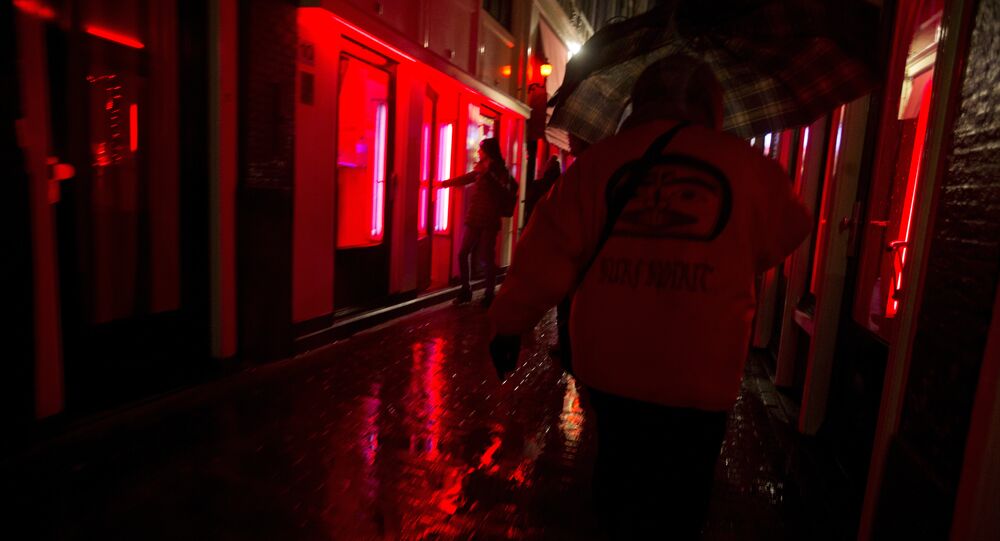 The concerned prostitutes argued that banning guided tours might not actually decrease the number of tourists visiting the district, and that without tour guides no one will be there to teach visitors how to behave themselves.

Prostitutes plying their trade in the Dutch capital’s famous Red Light District have taken a dim view of the local authorities’ attempts to aid them by banning guided tours to the area, the Daily Mail reports.

According to the newspaper, the first step of this new policy, which was implemented on 1 April, bars guided tour groups from entering the district after 7 p.m., in a bid to deal with overcrowding there.

Sex workers' union Proud, however, argued that tour guides actually help educate visitors on how to behave properly, and that banning guided tours might not help reduce the number of tourist visitors.

"It could also be that now there are no guides that people just wander into the area themselves and gawk at the women behind the window and take photos because there is no one anymore to inform them how to behave or what the rules of the game are in this area", an advocacy coordinator for the group remarked.

Bobien van Aalst of the Dutch tour guide association Guidor also slammed the ban, claiming that "it's like in Paris if you're forbidding [tours] to go to the Arc de Triomphe or the Eiffel Tower".

Amsterdam Deputy Mayor Udo Kock, however, noted that with the current level of overcrowding caused by what he described as “over-tourism”, “there were evenings where… residents basically couldn't leave their homes anymore because the alleys were blocked”.

He also argued that while not everybody is happy with this new policy, there are people who are pleased with the city’s clamp down on the tours.