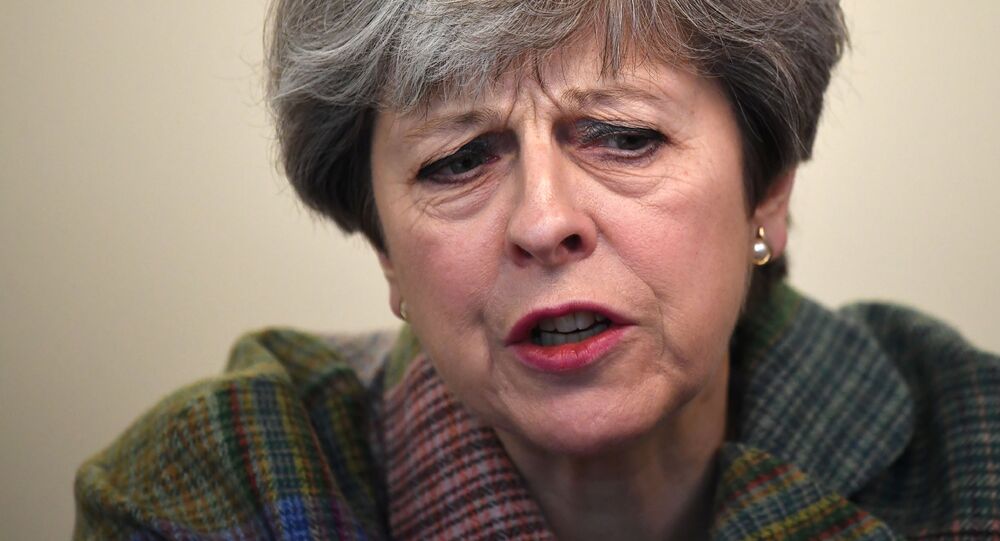 UK lawmakers have rejected all four alternative Brexit options in the second round of the indicative votes. Earlier, the European Union gave the United Kingdom until 12 April to decide upon alternative withdrawal arrangements, or leave without a deal.

British Prime Minister Theresa May will be chairing a crucial meeting of senior ministers on Tuesday to seek a way out of the Brexit deadlock as the EU warns a no-deal departure is growing more likely by the day.

On Monday night, in a series of four indicative votes, MPs failed to find a majority on any alternative to Mrs May's divorce deal, an agreement they have already rejected three times.

The farcical political situation has caused a riot over memes and jokes on Twitter in particular in the last few days.

​Brussels has set Britain an April 12 deadline to pass the agreement, come up with an alternative or crash out of the EU.

​"If the UK still wants to leave the EU in an orderly manner, this agreement, this treaty is and will be the only one," the EU's chief negotiator Michel Barnier warned on Tuesday.

Brexit is the definition of this meme pic.twitter.com/DgtruUd9xJ

​The EU has called an emergency summit for April 10 to agree on the next steps.

I still think about this Brexit meme pic.twitter.com/zMUodDVv1t

​Brexit Secretary Steve Barclay suggested the government would try to bring Mrs May's deal back for a fourth vote this week, despite no suggestions it would be passed.

It's the Brexit hot take you've all been waiting for 👇👇👇 https://t.co/co9zeibV2w

​Britain voted by 52 percent to 48 percent to leave the EU in a 2016 referendum but the deal Mrs May's government negotiated has been repeatedly rejected by Parliament.

When you show someone a meme in your camera roll and they start scrolling through your pics…#Brexit #indicativevotes2 #Meme pic.twitter.com/sWCnRrroxQ

​The deadlock has caused several Remainers to quit both the Conservative and Labour Party to join a new group, called Change UK.

Saw this meme this morning and thought it was lacking a bottom box. I've added one. Hope this helps. #Brexit pic.twitter.com/3BEoT5WIU2

"I have given everything to an attempt to find a compromise. I have failed chiefly because my party refuses to compromise. I regret therefore to announce I can no longer sit for this party," Mr Boles said.

​But he cannot be forced to give up his seat and will sit as an independent.

How MPs just voted in the second round of #brexit indicative votes pic.twitter.com/wj0Y4J6M3i

A meme that neatly sums up the merits of no deal Brexit (ht @BrimhamG) pic.twitter.com/OVr9ODXddx

Scholar on Brexit: UK Divisions Are Just as Deep as They Were 3 Years Ago