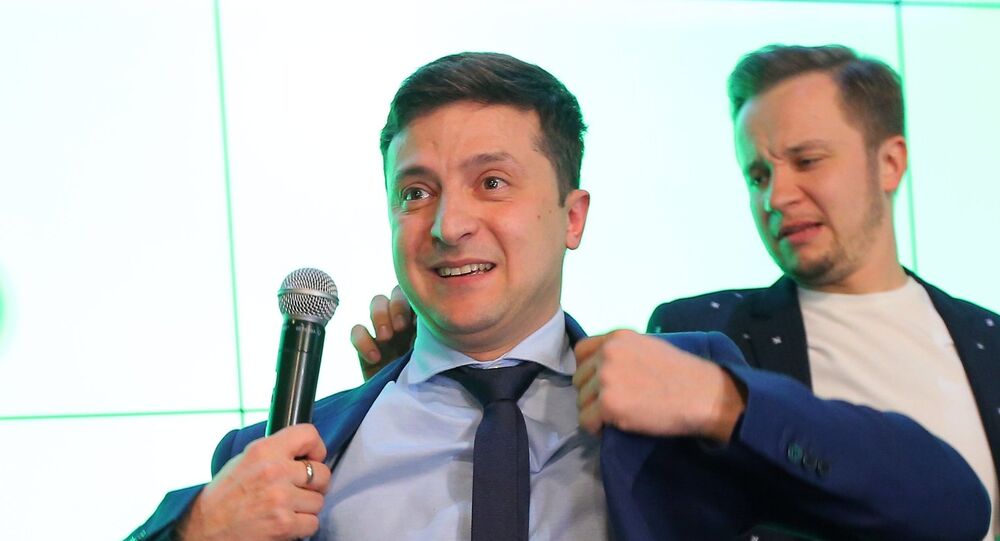 MOSCOW (Sputnik) - The Donetsk People's Republic (DPR) is unlikely to engage in a dialogue with Volodymyr Zelenskiy in case of his victory in the Ukrainian presidential election and, therefore, is skeptical of the possibility of a breakthrough in the Minsk talks with Kiev, deputy commander of the DPR Operational Command Eduard Basurin said Monday.

He added that there was a 70-percent probability that incumbent President Petro Poroshenko would resort to military provocations in Donbas ahead of the second round of the election.

On Sunday, Ukraine held the presidential election. According to the current results issued by the Central Election Commission, no candidate managed to get over 50 percent of votes needed for the victory in the first round. After having counted 5.02 percent of ballots, the commission said that comedian Zelenskiy was leading in the presidential race with 28.7 percent of votes, while Poroshenko was ranking second with 17.31 percent.

© Sputnik / Stringer
Things to Know About Ukraine Election Frontrunner, Comic Volodymyr Zelenskiy Who Played President on TV
However, former Ukrainian Prime Minister Yulia Tymoshenko, who is also running for president, claims that, according to the vote count carried out by her team, she comes second with 16.1 percent of votes. She also accused the Security Service of Ukraine of falsifications and provocations during the voting. A similar statement was made by another candidate, leader of the Opposition Platform — For Life party Yuriy Boyko, while Poroshenko said that the election was held in line with the standards of the Organization for Security and Co-operation in Europe.

According to the Central Election Commission, no serious violations were registered during the voting, while the Interior Ministry said it had recorded more than 2,100 reports about violations in the election process and opened 39 criminal cases as for 19:00 GMT Sunday.

For the first time in its history Ukraine denied entrance for Russian observers. Moscow believes that Kiev’s move puts in question the legitimacy of the whole election process. Moreover, 7-10 million Ukrainian citizens were not be able to cast ballots over Kiev’s refusal to open polling places in Russia and territories of the self-proclaimed people’s republics of Donetsk and Luhansk.