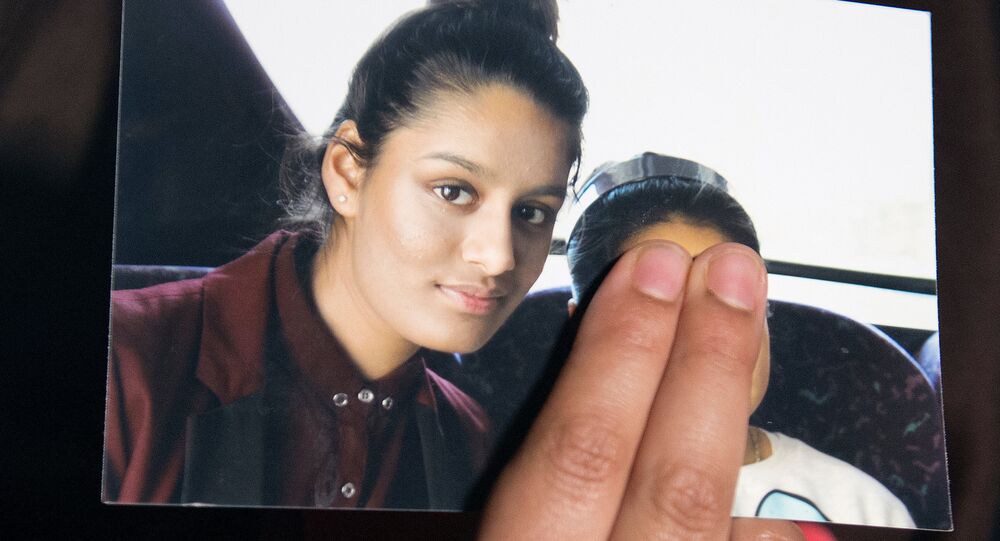 In February, UK Home Secretary Sajid Javid revoked the citizenship of the jihadi bride, who was placed in a displacement camp in Syria after fleeing the fast-shrinking areas under terrorists’ control.

He made his incendiary comments in an interview with the New Statesman following his return from Syria's al-Roj refugee camp, where Begum is currently interred. Akunjee claimed Daesh learned much from Israel about how to build an expansionist state.

"Israel can go into Palestinian territory and build buildings there, then it will call on people from abroad to join the state-building exercise. ISIS [Daesh] copied their model directly from Israel. You have Israel calling on Jews from around the world… they have an automatic right to be a citizen of Israel. That's exactly the same as ISIS, in the sense that if you're Muslim and you come over here, you'll be looked after," he said.

Begum and two friends from London — Kadiza Sultana and Amira Abase — fled to Syria in February 2015, flying to Turkey then crossing the border with the aid of people-smugglers.

© AP Photo / Metropolitan Police
Kadiza Sultana, left, Shamima Begum, centre and and Amira Abase going through security at Gatwick airport, before they caught their flight to Turkey on Tuesday Feb 17, 2015
© AFP 2021 / Laura Lean
Diane Abbot Denounced for Blaming Death of Daesh Bride's Baby on UK Officials
Within weeks of arriving, Begum was married to middle-class Dutch jihadi Yago Riedijk — they had two children together, who would both die from malnutrition and disease. Riedijk is suspected by police of being involved in a terrorist plot in the Netherlands, and was convicted in absentia in 2018 for being a member of a terrorist group.

Begum eventually ended up in a Kurdish refugee camp where she gave birth to her third child, who also reportedly passed away.

© Photo : Pixabay
Ex Irish Air Corps Flight Attendant Turned 'Daesh Bride' Pleads for Return
Shamima's London-based family argues the decision is unfair given hundreds of other Britons who joined the terror group have been allowed to return home, and have lodged an appeal with the Special Immigration Appeals Commission. Another will be launched at the High Court in due course. Akunjee travelled to Syria so Begum could sign documents for her appeal, but was unable to get her signature on tas the al-Roj camp in the north east of the country has been put on "lockdown". Begum was moved there by the Syrian Defence Force after threats were reportedly made against her by Daesh supporters at a previous camp.

In the interview, Akunjee revealed he was within 50 metres of her tent on his recent visit but was prevented from seeing her — however, he's still determined to bring the errant Londoner back home, and believes he will eventually succeed.

Why Does Left Care for Terrorist Begum's Cub and Not Britain's Murdered Babies?