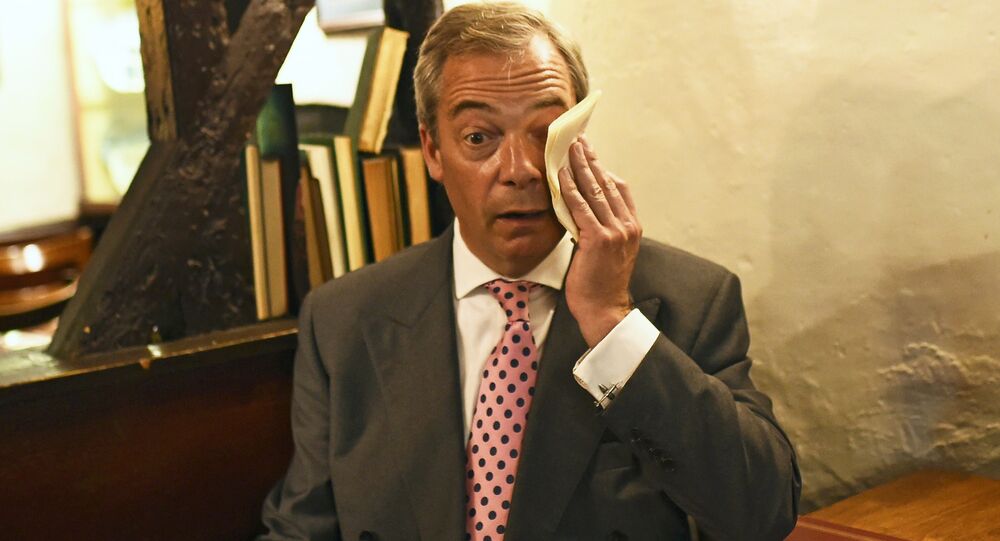 A crowdfunding campaign, calling on Brits to partake in the "biggest people-funded billboard protests" in the UK has raised more than 300,000 pounds in a short period of time.

A "bunch of friends, unaffiliated to any political party or Brexit group," as they described themselves on Crowdfunder, Led by Donkeys, have successfully managed to mock senior government officials for their misleading, contradictory and ill-informed on all this Brexit statements, shared before and after the 2016 referendum

Eurosceptic Conservative MP Jacob Rees-Mogg, who has recently made a U-turn on his position over Theresa May's Brexit deal, was left red-faced when his recent tweet on leaving the EU was placed on a billboard next to a fierce comeback.

A message shared by former UK Prime Minister David Cameron, who agreed to hold the 2016 referendum and "started Brexit," was also shamed by the campaigners.

Can we try the choas with Ed Miliband now please?

Billboards have popped up in Manchester and Leeds with tweets by one of the frontmen of the Leave.EU campaign, former UKIP leader Nigel Farage.

Farage was famously called out on his pre-Brexit promise that £350 million that had previously been given to the EU each week, would be used for the NHS, a statement he subsequently failed to back.

Cameron's successor, Theresa May has been battling to deliver Brexit since she became Prime Minister in July 2016. Prior to assuming that role she however back remaining in the EU, with her tweet at the time showing as much.

Billboard space has also been allocated for the Tory MP, rumoured to replace Theresa May at Downing Street. Boris Johnson promise to vote for staying in the Single Market and assurance there won't be a no-deal Brexit stand in stark contrast to his views, following his 2018 resignation from the government Cabinet. Johnson has been since calling for Britain to leave the EU, deal or no-deal, echoing the position of the most Eurosceptic MPs in the government.

Led by Donkeys group have thanked their more than 10,000 supporters for helping "cut through today's chaos by showing our fellow citizens that this Brexit failure was founded on lies and hypocrisy."