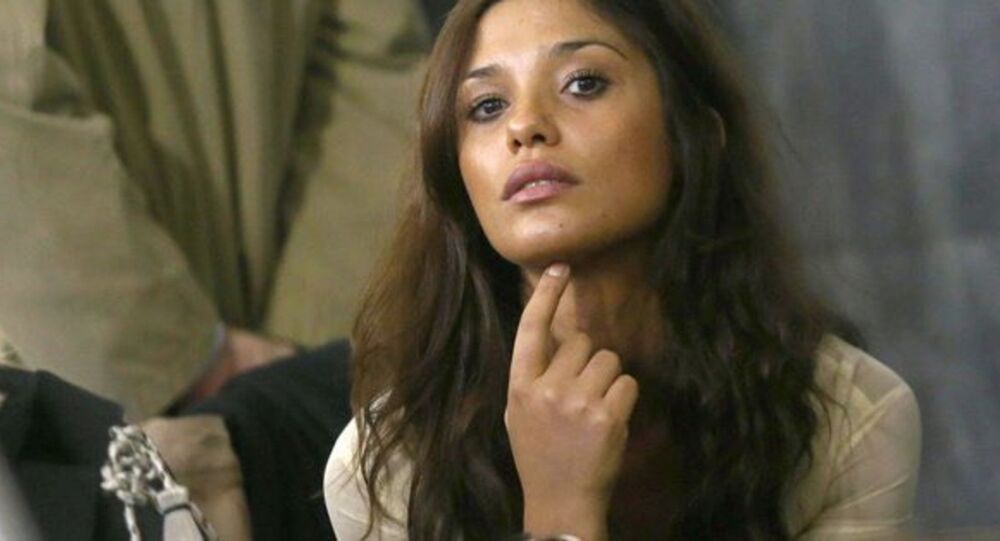 No Radioactivity Found in ‘Bunga-Bunga’ Model Who Mysteriously Died

Imane Fadil, who testified during a prostitution trial against former Italian Prime Minister Silvio Berlusconi regarding his notorious alleged sex parties, died on 1 March after fighting aggressive poisoning symptoms for a month. A murder investigation has been opened to find out the reasons for her death.

Forensic experts began a full examination of the body of 32-year-old model Imane Fadil after it was officially confirmed by the Italian government-sponsored agency ENEA that no radioactive trace had been found. The Moroccan-born woman, who was one of the key witnesses in the “bunga-bunga” trial against Silvio Berlusconi, died on 1 March in a hospital in Milan after suffering for a month from mysterious symptoms and reportedly saying that she was poisoned.

Lawyer Mirko Mazzali, representing the woman’s family, as well as her brother, attended the autopsy, which was initiated yesterday. The team of researchers will examine her organs and tissue samples in order to carry out toxicological tests, he said. The complete outcome of the investigation, requested by prosecutors who launched the probe to determine the cause of her death, is expected to be concluded in a month.

"The relatives of Imane are very angry. They can't understand how such a young person could have died. I don't think that there are any problems to granting permission for the burial in the coming days. I don't follow any conspiracy line”, Mazzali, who just recently replaced the family’s another lawyer, said, as cited by the Italian outlet Il Giorno.

Although the probe was launched on suspicion of homicide, investigators are also taking into account the hypothesis that Fadil could have died of some illness, the outlet reports.

Death After Month of Agony

Fadil was admitted to hospital on 29 January while suffering from severe stomach pains. Doctors reportedly said there were "several anomalies" in her blood samples and medical records. Before her death, Fadil allegedly told her friends and lawyers that she had been poisoned. While the woman was still alive, as well as after her death, there were numerous conflicting reports on the matter.

The Italian news agency ANSA said that toxicology tests had indicated that she died of a "mix of radioactive substances". Other Italian media outlets, cited by the BBC, also suggested that unusually high amounts of heavy metals, including cadmium, chromium, and antimony, as well as cobalt, which is a radioactive substance, were found in Fadil’s body. At the same time, the family’s initial lawyer, Paolo Sevesi, who has resigned from the case, voiced the opinion that she had apparently been suffering from a rare auto-immune disease.

Italian magistrates have launched an investigation into the possible murder of the showgirl, who reportedly led a reclusive life and was working on a book about her experiences at the former prime minister’s villa, which she was struggling to sell to publishers. Investigators are said to have obtained her memoirs.

'Bunga-Bunga' Parties Back in Headlines

After Fadil’s death, Berlusconi expressed his condolences, but insisted that he had never met or spoken to the former showgirl. He called the deceased model's testimony in the case against him "invented and absurd".

Fadil testified at Berlusconi's 2012 trial, where he was accused of hosting “prostitution parties” at his villa in Arcore, near Milan. The former prime minister was suspected of having had sex with a teenage nightclub dancer known under the stage name Ruby Rubacuori, and was charged with abusing his power in a bid to conceal it.

He was initially found guilty and sentenced to seven years in prison, but was eventually cleared of all charges by an appeal court which ruled that even if he did have sex with Ruby, he did not know she was under 18. He has since faced charges of bribing witnesses to give false testimonies in the underage prostitution trial.