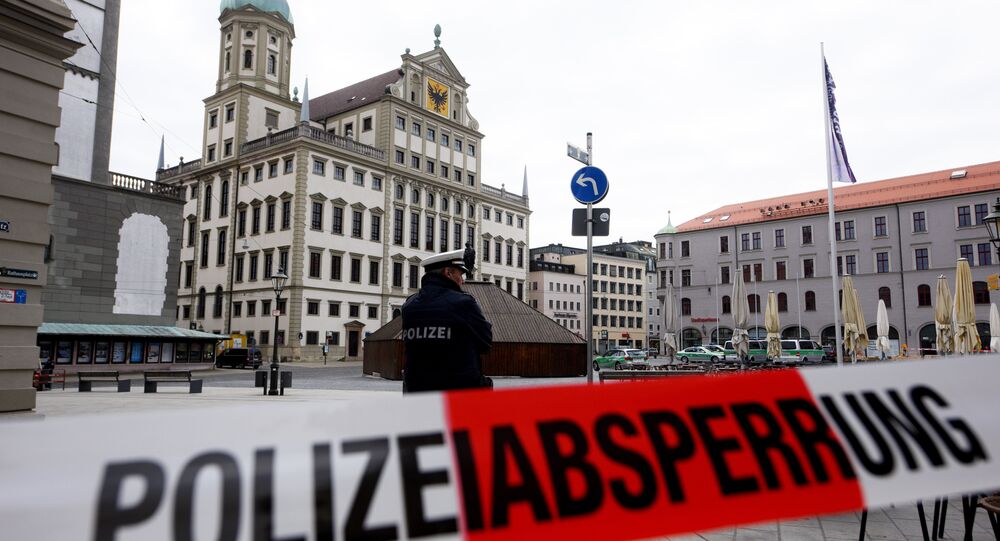 Town Halls in 7 German Cities Evacuated Due to Bomb Threat

City halls in several German towns were evacuated on 26 March due to anonymous bomb threats. Nearby streets have also been closed and public transport has been directed to avoid the areas in question.

The city halls in Augsburg, Göttingen, Kaiserslautern, Chemnitz, Neunkirchen, Heilbronn and Rendsburg have been affected by the evacuation.  All of them previously received threats via emails, respective local police departments reported. Göttingen and Kaiserslautern police have reported their city halls have been searched for explosives by a bomb squad with dogs.

The police departments of all 7 affected cities later reported of having found no explosives in their respective city halls. The author of the emails has also not been determined.

Germany has recently been struck by a series of threat letters sent to city halls, officials, and various German institutions. There have been around 100 such cases over the last several months, but it's so far unclear if the emails sent to the six city halls were related to them. None of the threats have led to the discovery of a bomb or any other life-threatening devices.

Last time an email with a threat led to the evacuation of a train station in Pinneberg, Schleswig-Holstein. The bomb squad there found no explosives at the scene.