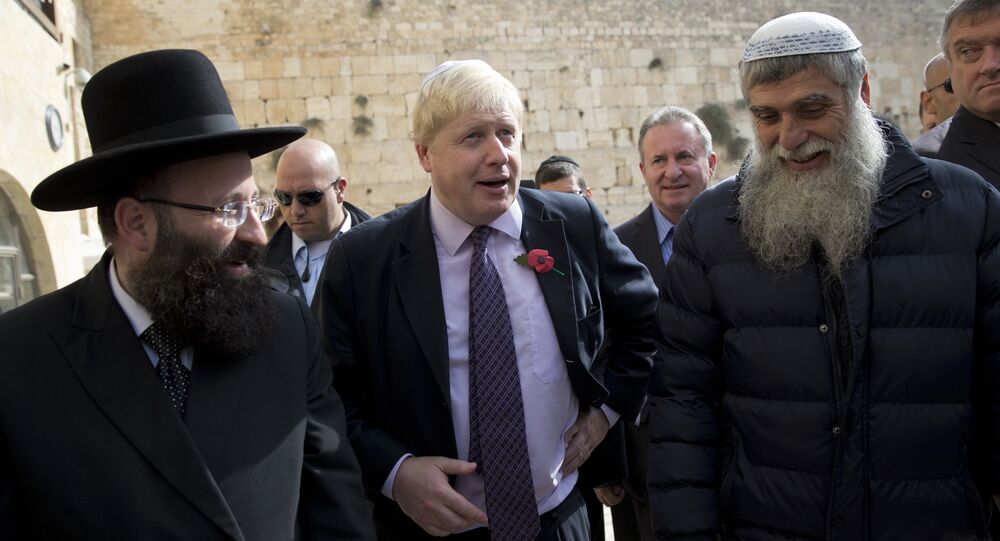 A reference by former UK Foreign Minister to the book of Exodus in the Old Testament and the Israelites leaving slavery in Egypt, while writing about Theresa May and Brexit, hasn't gone unnoticed in the realm of social media.

Users were swift to comment on Boris Johnson's latest Brexit-themed article in his weekly Daily Telegraph column. This time, the Brexiteer called upon the UK Prime Minister to leave the European Union imminently, as he decried meeting the condition of a third Meaningful Vote and the potential exit date of 22 May.

"If she cannot give that evidence of change, she should drop the deal, go back to Brussels, and set out the terms that so many on both sides — Remainers and Leavers — now believe are sensible. Extend the implementation period to the end of 2021 if necessary; use it to negotiate a free-trade deal; pay the fee; but come out of the EU now — without the backstop. It is time for the PM to channel the spirit of Moses in Exodus, and say to Pharaoh in Brussels — LET MY PEOPLE GO," Boris Johnson wrote.

Some users rejected the idea Johnson was the modern "messiah," while others reminded the former Cabinet minister that after leaving Egypt, Moses and his people wandered the desert for 40 years.

For the record..I for one am not one of "your people" you absolute dope

Boris Johnson is #notthemessiah he's a very naughty boy that plays fast and loose with truth: much more like Trump than Moses.

Boris holds out his staff & watches his people drop into the sea from the white cliffs. pic.twitter.com/SBPS7FfUX3

We're all willing to let you go sunshine, we'll even pay your air fare. You had the chance to get the deal when you were in government, but you couldn't do it.

Be careful what you wish for BoJo… After all Moses brought down ten plaques before Pharaoh was finally convinced including The Death of The First Born…. Sure others will bring up the 40 years wandering lost in the wilderness to look forward to.. pic.twitter.com/vQIh2dil0E

In his article, Johnson called the Prime Minister a "chicken who's bottled Brexit," adding that Downing Street let the EU chiefs humiliate Britain and "decide the date on which we may make our own departure."

Johnson, as well as his fellow European Research Group (ERG) Tory members Jacob Rees-Mogg and David Davis, has been supporting a hard line on Brexit.

Following discussion at the European Council meeting last week, the UK is may possibly vote on May's deal on Thursday. If the deal is approved, the UK will leave the EU on 22 May. Otherwise, London has until 12 April to clarify its plans to Brussels.

On Monday, Mrs. May admitted she still had hope but it was unlikely for her deal to get Parliament's backing during the third vote.

READ MORE: Theresa May Delivers Speech to Parliament Ahead of Brexit Debate

Theresa May Delivers Speech to Parliament Ahead of Brexit Debate

#BREXIT: 'It's a Slap for British Democracy at Large' – Analyst