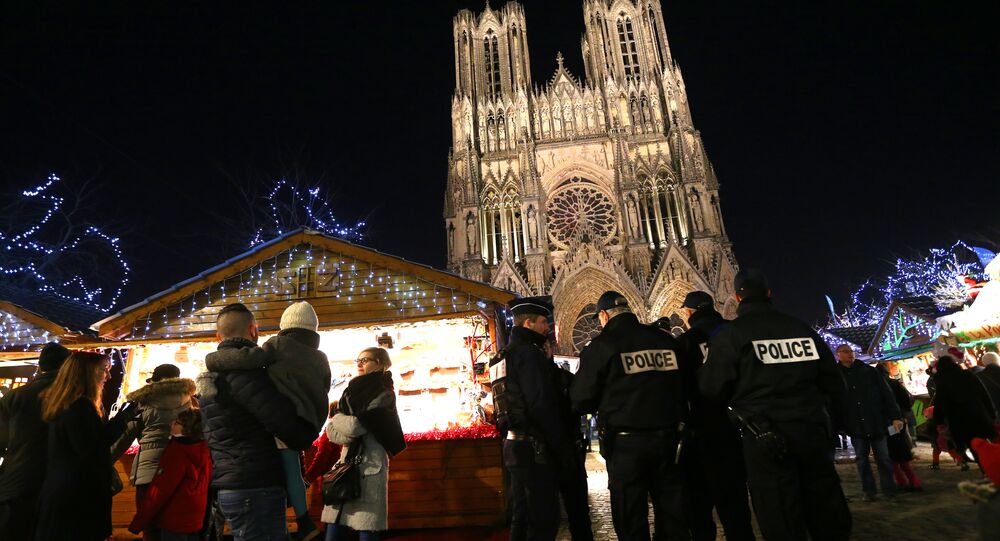 French Prime Minister Edouard Phillipe expressed his outrage about the desecration of Catholic churches in the country, which he stressed “must be unanimously condemned”.

At least 10 incidents of vandalism and desecration of Catholic churches have been reported across France since the beginning of February, according to media reports.

The actions included the desecration of altars, the defacing of Christ on the cross, arson attacks and an extreme case of human excrement being spread across the walls.

One of the first attacks occurred on 4 February at St. Nicholas Catholic Church in Houilles, where a 19th century statue of the Virgin Mary was found smashed on the ground.

Father Francois-Laurent Heart said that the statue was “completely pulverised”, adding that it was “irreparable”. Three desecration incidents took place in the church in the space of 10 days, with a cross being damaged and thrown to the ground by vandals.

Also in February, eucharistic hosts were stolen and scattered around Notre-Dame church in Dijon, 175 miles south-east of Paris. Father Emmanuel Pic slammed the attack as one which was launched against the “heart of the Catholic faith.”

WHERE IS THE CRY OF THE POPE? ALL IS SILENTT! pic.twitter.com/hkX1J4HLcs

“Nothing of value has been broken, but it’s the intent that’s very shocking,” he pointed out.

Also being looted was Notre-Dame church in Dijon where the vandals also reportedly drew a cross on the wall with human excrement and damaged other religious items in the church.
On his Twitter page in mid-February, French Prime Minister Edouard Phillipe wrote about “5 degraded churches in one week in France”.

“In our secular Republic, places of worship are respected. Such acts shock me and must be unanimously condemned. I will tell the bishops of France at the meeting of the forum of dialogue with the Catholic Church”, he underscored.

Last Sunday, the Church of St.Sulpice in Paris, where the Da Vinci Code movie was filmed, was set on fire just after midday mass, in what firefighters and police claimed was an arson attack.

THE SAINT SULPICE IN PARIS JUST IGNITED WHILE I WAS INSIDE pic.twitter.com/40PHCZ177w

Cleric leaders reportedly remained tight-lipped about the attacks which came two years after crackdown on Catholic churches across France and Belgium in 2016, thought to be the work of Daesh*.

More Than 100 Graves Desecrated at Historic Jewish Cemetery in Philadelphia