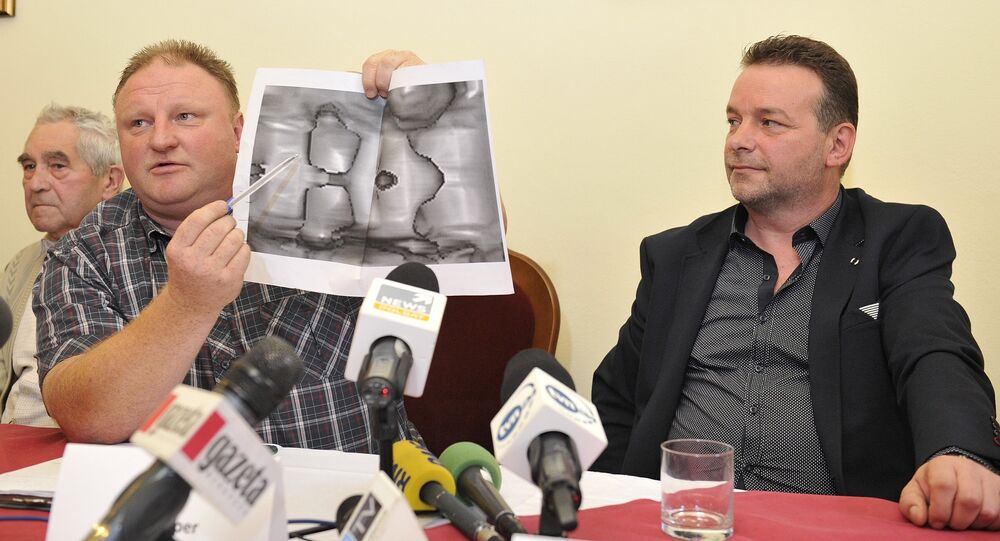 The owner of the palace where the portraits were found claimed that there may be more things to discover there, as the building also houses some 150 square meters of surface which hides more previously unseen paintings.

Piotr Koper, a dedicated Polish explorer who spent years hunting for the elusive Nazi train rumored to be laden with gold and valuables, has recently found a treasure of a different sort – some 24 portraits dating back to the 16th century, The First News reports.

© Sputnik / А. Шадрин
'No One by That Name in the SS': Russian Historian Pokes Holes in 'Nazi Gold & Treasure Diary' Story
According to the outlet, Koper made this discovery while helping renovate a baroque dome in a palace located in the village of Struga near the Polish city of Wroclaw.

"When we pulled away the plaster we saw a delicate strip of painting underneath. We pulled away some more and we discovered a whole line of well-preserved paintings", he said. "We managed to uncover the paintings without damaging them, which is a great success".

Koper also remarked that the discovery was completely accidental, and that none of the renovation team expected to "find such a rarity".

Based on the fact that one of the portraits depicts Ferdinand I Habsburg, ruler of the Holy Roman Empire from 1558 till 1564, the renovators deduced that the paintings are at least 500 years old.

Krzysztof Wieczorek, owner of the palace and head of the foundation that was set up to preserve it, also pointed out that this find may soon be followed by more equally interesting discoveries.

"There are many more things to discover. Underneath the line of portraits there is an area 150 square meters under which there are also paintings. However, we don't know anything about them", he explained.