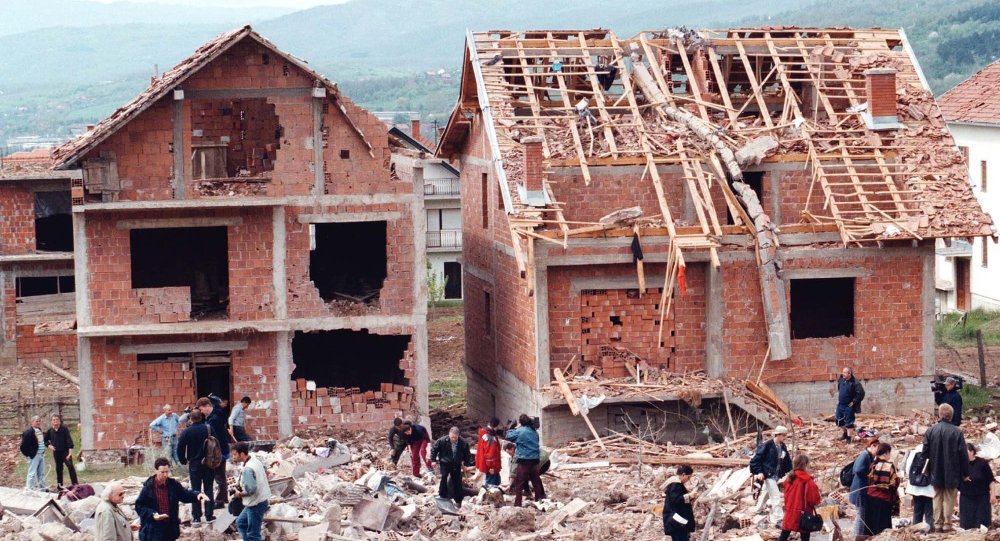 BELGRADE (Sputnik) – It is difficult for Serbian military veterans who took part in the conflict with NATO back in 1999 to accept that Serbia is currently cooperating with the US-led military alliance, Serbian Col. Gen. Vladimir Lazarevic told Sputnik in an interview, adding that Belgrade’s cooperation with NATO was a "political decision."

The year 2019 marks the 20th anniversary of the NATO airstrikes against the Federal Republic of Yugoslavia (FRY), which then included the territories of Serbia and Montenegro, in 1999. The bombing followed an armed confrontation between the ethnic-Albanian Kosovo Liberation Army (KLA), which had supported Kosovo's independence since the 1990s, and the Serbian military and police. Lazarevic, who was the commander of the FRY Third Army Corps and the Pristina Corps, recalled that not only NATO forces killed Serbian military personnel and civilians 20 years ago, but "they are killing us now" because the consequences of the use of depleted uranium bombs by the US-led NATO forces were "catastrophic" across Serbia.

"It is difficult to accept this state of affairs where you cooperate with those who violently destroyed you yesterday in the same military area … It is hard for me as a person, who protected the country from NATO criminals, to accept such cooperation. However, I am aware of the fact that this is a political decision and the country is trying to preserve its military neutrality and interact with the alliance within the framework of the Partnership for Peace program. Maybe, it is useful for the country and people. But for me, as a serviceman, it is a difficult situation," Lazarevic said.

Lazarevic continued by noting that a lot of his comrades in arms have died over the past 20 years due to exposure to depleted uranium which was used in NATO’s weapons. He recalled that a lot of healthcare and defense analytics and experts from across the world believed that the use of radioactive weapons by NATO in Yugoslavia had led to a tragedy which was larger than the fallout from the atomic bombing of Hiroshima in Japan.

© AP Photo / Jerome Delay
West Began Dismantling Int'l Law When NATO Bombed Yugoslavia - Lavrov
NATO airstrikes continued from March 24 to June 10. The exact number of victims of the airstrikes is unknown. The Serbian authorities say that about 2,500 people, including 89 children, were killed and about 12,500 people were injured in the bombings. According to various sources, the material damage is assessed between $30 billion and $100 billion.

The military operation was conducted without the approval of the UN Security Council and on the basis of the Western countries' allegations that FRY authorities had carried out ethnic cleansing in Kosovo and provoked a humanitarian catastrophe there.

Serbian President Aleksandar Vucic has said that the use of depleted uranium weapons during the NATO operation is behind the increase in the number of cancer patients in the Balkan nation. Moreover, Belgrade established a special commission to investigate the consequences of the 1999 NATO bombings for the environment and health of the Serbs.