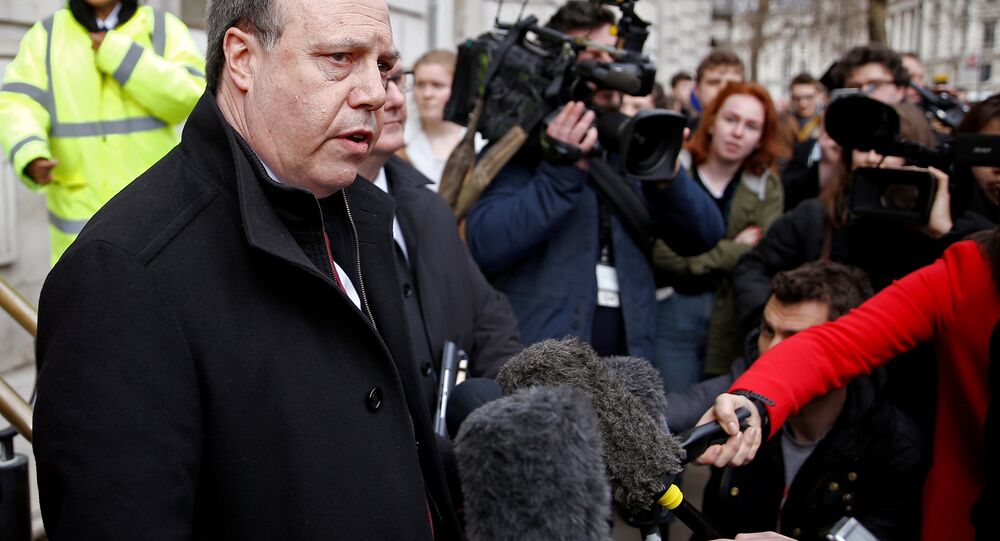 The memo attacks the Prime Minister's speech in Brussels on Thursday night, stating that the British leader had "missed an opportunity" to "help unite the country" by failing to improve her Brexit deal.

The DUP leader said on camera: "Lectures by the Prime Minister putting the blame on others cannot disguise the responsibility her government bears for the current debacle and the fact that her agreement has been twice overwhelmingly rejected in Parliament."

Based on the statement, the DUP may not back Mrs. May's beleaguered Brexit deal when Commons votes on it next week, just days before the 29 March deadline.

In his written statement, Mr. Dodds chided the Prime Minister, calling her failure "disappointing and inexcusable" and accusing Mrs. May of capitulating "before securing the necessary changes which would get an agreement through the House of Commons."

"The Government has consistently settled for inferior compromises when they didn't need to and when there was, and is, more negotiating with the EU to be done," Mr. Dodds said.

"Lectures by the Prime Minister putting the blame on others cannot disguise the responsibility her government bears for the current debacle and the fact that her agreement has been twice overwhelmingly rejected in Parliament."

He also scolded Mrs. May for kicking "the can down the road for another two weeks" and reneging on her promise to "leave the EU on 29th March".

The DUP had consistently urged a deal that "delivers on the referendum results" and worked for constituencies across the UK and EU, the statement said.

"But it must be a deal that protects the Union," Mr. Dodds said. "That remains our abiding principle. We will not accept any deal which poses a long term risk to the constitutional and economic integrity of the United Kingdom."

© AP Photo / Kirsty Wigglesworth
Brexit for Dummies: What Would a No Deal Really Look Like to Average Briton?

With less than ten days before the 29 March deadline, Prime Minister May has continued to push her twice-failed Brexit plan into Commons, which suffered the worst defeat in Parliamentary history after MPs voted 432-202 against it on 15 January.

Mrs. May visited Brussels on Thursday to secure last-minute assurances on an extension to Article 50, with EU officials unanimously agreeing to delay Brexit until 22 May, a day before EU parliamentary elections began, under the condition that her deal was approved, and until 12 April if British MPs did not.

Brexit for Dummies: What Would a No Deal Really Look Like to Average Briton?