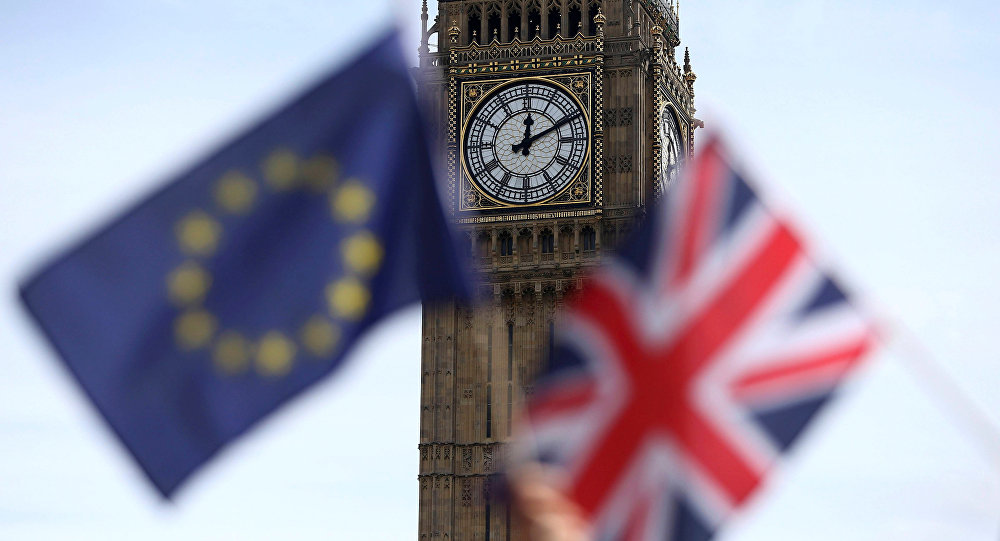 Earlier, the updated draft conclusions from the EU leaders' summit read that the European Union would grant Britain a Brexit delay, with the length of it depending on the UK Parliament.

Member states of the European Union, excluding the United Kingdom, have reached a consensus on their response to UK Prime Minister Theresa May's request for a delay of the deadline for the UK's withdrawal from the bloc, said European Council President Donald Tusk on Thursday.

"EU27 unanimously agrees on its response to UK’s requests," Tusk wrote on Twitter. "I will now meet PM [May]," Tusk added.

© Sputnik / Justin Griffiths-Williams
'There Are 2 Options; May's Deal or No Deal, Nothing Else on Table' - Journo on Brexit
The European Council also reiterated that the deal on the UK withdrawal from the European Union was not subject for reconsideration in the wake of London's request for the Brexit deadline extension.

The European Council also called for continued preparations and contingency planning at all levels for Brexit consequences, taking into account all possible scenarios of the UK withdrawal from the European Union.

"The European Council calls for work to be continued on preparedness and contingency at all levels for the consequences of the United Kingdom’s withdrawal, taking into account all possible outcomes," the council said.

Meanwhile, European Council President Donald Tusk said the options for the UK withdrawal from the European Union included leaving the bloc with a deal or without it; having a long extension of Brexit; and revoking its decision to leave the bloc, adding that the long extension option would not be available if London decides not to participate in the European Parliament elections by April 12. He also said that UK Prime Minister Theresa May had accepted the EU27 offers for two Brexit deadline extension options. 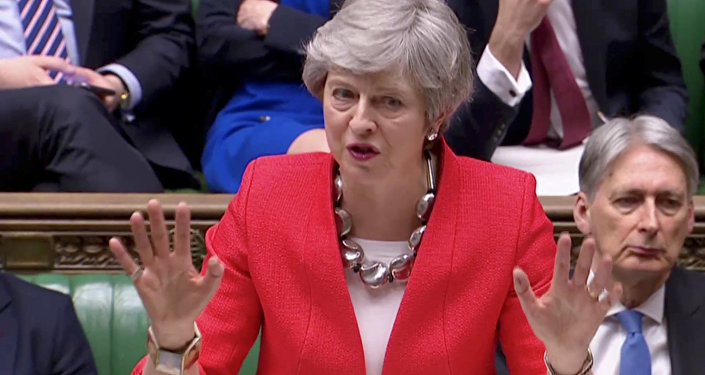 © REUTERS /
UK Business Lobby Group, Trade Unions Urge May to Change Brexit Approach
May said she did not believe the United Kingdom should revoke Article 50, which would mean abandoning its plans to leave the European Union.

"I am working to ensure that we can leave the European Union with a deal… I do not believe we should be revoking Article 50, that is not something we should be doing," May told a press conference after the European Council meeting in Brussels.

Theresa May also said it would not be in the interests of the United Kingdom to participate in the upcoming European Parliament elections since the country's citizens have voted to leave the European Union at the 2016 referendum.

"At his point, we would rather leave with no deal or put forward an alternative plan. If this involved the further extension, it would mean participation in the European parliamentary elections. As I've said previously, I believe strongly that it would be wrong for us, people in the UK, to participate in these elections three years after voting to leave the EU," May told reporters, as aired in Periscope.

EU Ready to Allow Brexit Delay Only Until May 22 - Reports