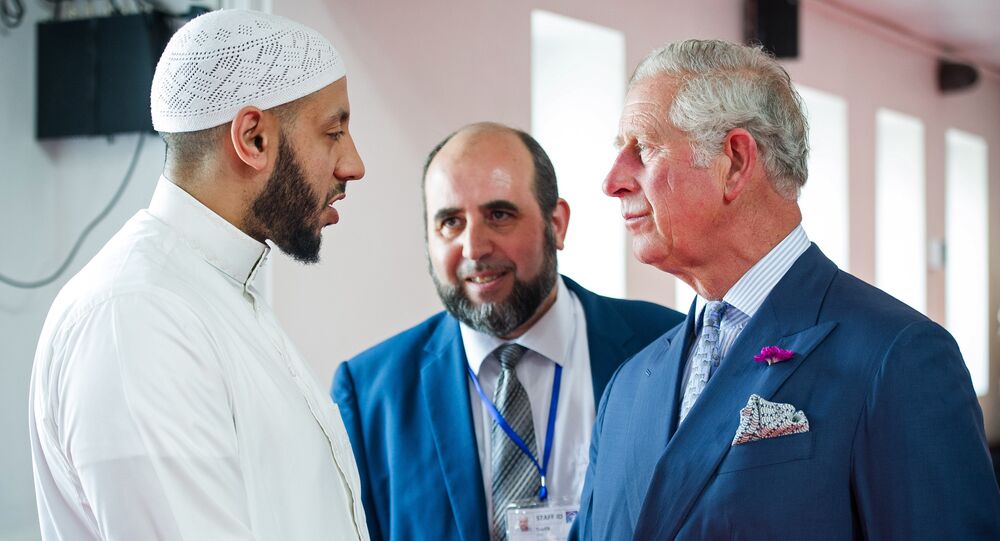 The imam made headlines in 2017, when he stood guard over a suspect after a van was driven into Muslims near the Finsbury Park in London.

The Muslim Council of Britain condemned the individuals who have reportedly assaulted Imam Mohammed Mahmoud on his way home from an interfaith meeting in solidarity with the victims of Christchurch terror attacks.

"There is no place for such vile Islamophobic abuse in Britain," MCB said in a Twitter post.

Horrific to see Imam Mohammed Mahmoud was abused and spat at on his way home from an interfaith meeting in solidarity with those in Christchurch.

There is no place for such vile Islamophobic abuse in Britain. https://t.co/sKH4KcQSaP

Mr. Mahmoud, the imam who is known for calming fellow Muslims to prevent retaliation against Cardiff-born Darren Osborne after the Finsbury Park attack in June 2017, met with Home Secretary and the Mayor of London on 18 March.

Upon leaving the event and on his way home, Mr. Mahmoud was called "despicable" and a "s***hole" by another man on a bus and also spat at by a cyclist.

"A middle aged white male on the bus told me I was "despicable" and a "s***hole" and that the whole country was "f***". When I asked why — he said it was because I was wearing a dress," the imam said.

He added that he chased after the cyclist who spat at him on Whitechapel Road, but "he got away."

"It was so sad to see such reckless hate and Islamophobia after the event and after all we have been through this week," the imam said.

He, however, added that during the incident on the bus, a "white lady" had "clearly showed her disapproval of the Islamophobe and support for me — which was nice to see."

In the wake of a terror attack on two mosques in Christchurch, New Zealand, the Secretary General of the Muslim Council of Britain, Harun Khan, addressed the UK Prime Minister in a letter, writing about the damage of hate crime against Muslims in Britain and the need for a "properly funded mosque security."

"Open seven days a week, especially on Fridays, mosques across the UK are places servicing well-attended congregations. This makes the risk of copy-cat attacks here in the UK a real possibility, especially in a climate where we are now fully appreciating the growth in the far-right. A long-term commitment to ensure Muslim communities are supported similarly to Jewish communities, is absolutely essential in these troubling times as we struggle with how we balance the necessity of security with our desire for continued openness," the letter said.

© REUTERS / Darren Staples
Labour Leader Corbyn Attacked Outside London Mosque - Reports
In response, the Home Secretary Sajid Javid announced an extra £5 million in funding for protection and training at mosques. According to MCB, hate crime against Muslims accumulates to 52% of religiously based hate crime in the UK.

According to Metropolitan Police, "Islamophobic incidents generally involve conflict situations that become aggravated by Islamophobic or anti-Muslim words or actions or situations where perpetrators take immediate advantage of an opportunity that presents itself. Even incidents that show some degree of premeditation by the offender mostly involve letters or phone messages rather than direct contact with the victim."