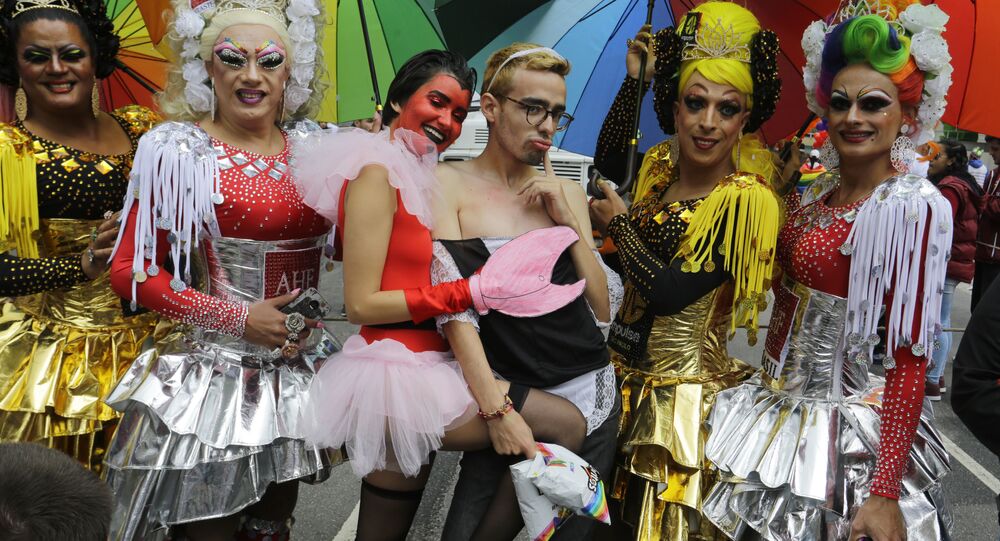 The 25-year-old arrived undocumented in the UK and was earlier granted asylum there. Last year, he attacked a reportedly “vulnerable” man, bit him and tried to force him to perform oral sex.

Sudanese refugee Zain Osman, who arrived in the UK in a lorry without a passport, has been imprisoned for 15 months for a sex attack against a “vulnerable” man in Newcastle last September. The court also ruled that the man, who was earlier granted asylum in the UK, should remain in the register of sex offenders for 10 years and become a subject of a sexual harm prevention order for the same period.

Osman, who admitted his guilt, assaulted a 26-year-old guest of a gay bar in Newcastle after his victim had been engaged in a “consensual activity” with another guest in the street. When the latter left the man, who is described as “a vulnerable adult”, Osman reportedly approached and tried to force him to perform oral sex. He put his hands in the victim's trousers, bit his back and shoulder and pushed him into a ditch, while the victim screamed and told the attacker that he was going home.

The attack lasted approximately 20 minutes before a cab driver intervened. The assault was caught on CCTV and proved "the sustained and persistent nature of the defendant's conduct", according to the prosecution, as cited by The Telegraph. The prosecutor also pointed out that because Osman arrived undocumented it was unclear if he had any convictions outside the UK.

However, his lawyer, Jamie Adams, attempted to explain that Osman’s attack was "clumsy drunken persistence" rather than a sign of violent behaviour.

"He had never experienced the kind of immorality he experienced in coming here and was evident in this particular area of Newcastle. But it was quite wrong to have made his advances when it was evident the man didn't want anything from him”, Adams stated.

He pointed that homosexuality “is still a capital offence” in Osman’s country and that drinking alcohol is also forbidden for Muslims, noting that the defendant “lacked the kind of life experiences we know about in our more civilised community".

However, Judge Jeremy Freedman, who sentenced Osman for over a year in jail, insisted that being drunk is no excuse, even though it might explain his behaviour.

"I accept you are now very sorry for what you did and you are a naive uneducated gentleman. Nevertheless, you knew what you were doing was wrong and you must be punished", he told the offender.