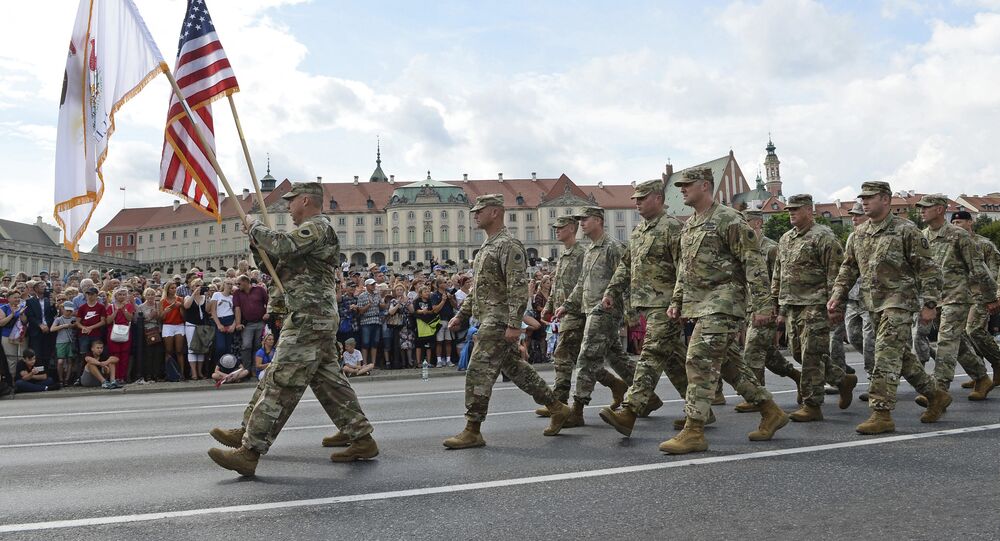 Despite Polish politicians repeatedly confirming the construction of a new military base at the country's own expense, Washington has been cautious in making promises and so far has only been considering taking up Warsaw's offer to deploy troops.

Spokesman for the Polish president, Blazej Spychalski, said in an interview with RMF FM radio that Fort Trump will not necessary be a base like "second Malbork [22nd air base]".

© AFP 2021 / NATALIA DOBRYSZYCKA
Poland Says 'Fort Trump' Construction is Certain, but US Fails to Confirm It

The idea of building a military base for US troops was introduced by Poland's President Andrzej Duda. In September 2018 he suggested that the country would pay some $2 billion for its construction instead of the US. The president also came up with the idea of calling it "Fort Trump".

At the same time, Washington hasn't so far confirmed its readiness to deploy the country's troops and military equipment to the yet to be constructed base. Yet, additional US troops were sent to Poland early in January 2019.