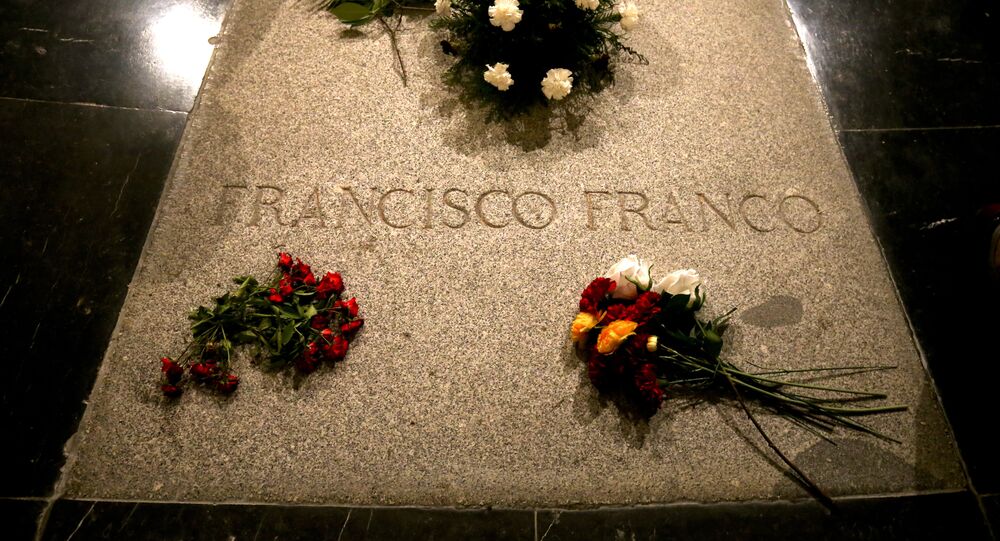 MADRID (Sputnik) - The remains of late Spanish dictator Francisco Franco will be exhumed on June 10 from their current resting place at the "Valley of the Fallen" memorial, Spanish Deputy Prime Minister Carmen Calvo said on Friday.

"The exhumation will take place on the morning of June 10 and [Franco's] remains will be reburied in the Mingorrubio El Pardo [cemetery], which belongs to the government," the deputy prime minister said at a news conference in Madrid.

Calvo also added that the Spanish government had finished on Friday making all of the necessary preparations for the exhumation process.

The exhumation of the former dictator's remains has been a controversial topic. Franco's family members have sued the Spanish government, which approved the motion to move the remains in 2018, thereby causing delays in the process.

A Spanish judge accepted the petition from Argentine judge Maria Servini to open Mendieta's grave as part of Servini's on-going investigation into crimes against humanity by the regime of Francisco Franco.

The Spanish government, however, maintains that the "Valley of the Fallen" memorial monument should house only the remains of people who died as a result of the Spanish Civil War, and not of the late dictator whose regime oversaw thousands of executions. in 2018, Calvo said that democracy was not compatible with a state tomb that honoured the memory of Franco.