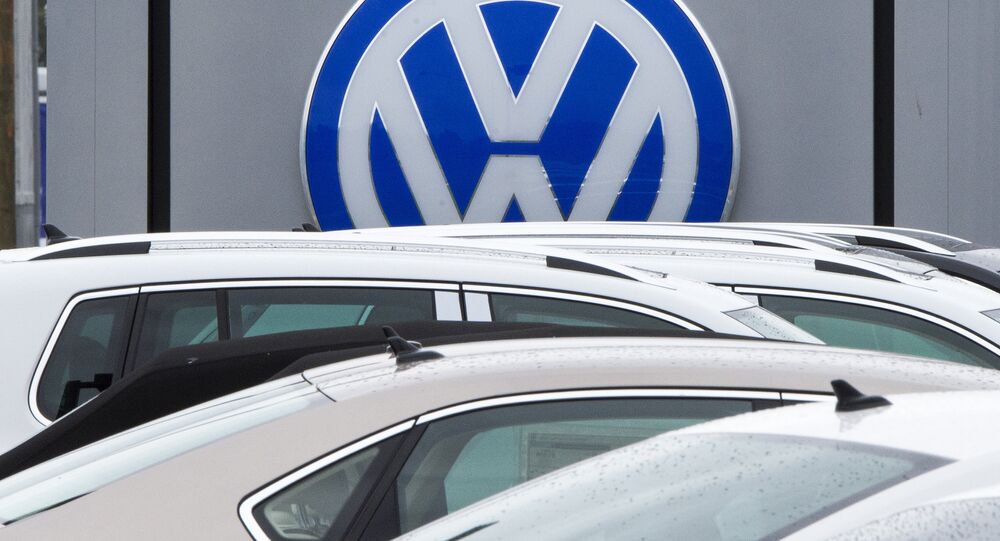 Mr. Diess said in a further statement that he was sorry for making "an unfortunate choice of words", adding that he was referencing the freedom given to VW brands in strong financial health.

Volkwagen CEO Herber Diess was forced to apologise for comments he made at a company event on Tuesday, where he used a pun invoking an infamous Nazi slogan.

In his speech, Mr. Diess was discussing the importance of boosting profits for the Volkswagen Group when he made the Freudian slip, stating "Ebit macht frei".

Ebit is a common acronym in Germany for "earnings before interest and taxes", but Mr. Diess's tongue-in-cheek comments evoked the phrase "Arbeit Macht Frei", meaning "work sets you free", which was posted above the gates of the Third Reich's Auschwitz and Dachau concentration camps. Many were quick to point out Mr. Diess's comments, with some slamming the CEO for making the worst possible comment amid the company's diesel scandal and chequered history with the Nazis.

Your company was founded by the Nazis. It’s been stuck in a self-inflicted PR crisis for years. And you say: “EBIT macht frei”.

Mr. Diess said: "At no time was it my intention for this statement to be placed in a false context. At the time, I simply did not think of this possibility." He also acknowledged Volkswagen's "special responsibility in connection with the Third Reich".

His speech also detailed that Volkswagen will slash 7,000 employees in order to focus on electric vehicles, which do not require as many workers.

Volkswagen, or the "People's Car" was founded in 1937 by the German Nazi party to fulfil Adolf Hitler's vision of providing German families with an affordable car. Iconic motor designer Ferdinand Porsche was commissioned by the Third Reich to build the first Volkswagen models. The automaker began manufacturing military vehicles in World War Two, using over 15,000 labourers from concentration camps. Following defeat of the Nazis, Allied forces took over production of the Wolfsburg-based plant.  READ MORE: Auf Wiedersehen: Volkswagen to End Production of Iconic VW Beetle But the phrase goes back to Lorenz Diefenback, a 19th century author and ethnologist, and was popularised by politicians in the Weimar Republic using the phrase to push employment policies. Although popularised by the Nazis, "Arbeit Macht Frei" was coined by the 19th Century linguist, ethnologist and author Lorenz Diefenbach.