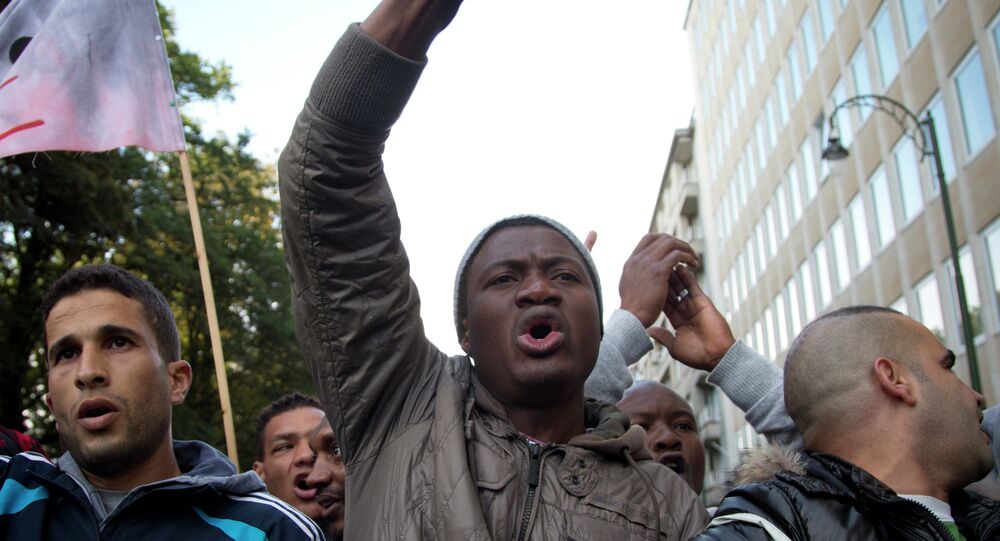 MOSCOW (Sputnik) - The number of asylum seekers in the European Union registered in 2018 is down 11 percent from 2017 and has shrunk by more than half compared to the peak year 2015 when the worst refugee crisis since World War II struck the European continent, new data from Eurostat revealed on Thursday.

© REUTERS / Leonhard Foeger/Files
Amnesty Accuses EU of Systematic Expulsion of Refugees to Third Countries
According to the Luxembourg-based EU statistical office, the number of applications last year may be comparable to the level of 2014, before the major refugee influx started.

Germany remains the most attractive country for asylum seekers since "almost 3 in 10 applied for asylum" there, according to the data. The second most popular country for migrants is France, which is followed by Greece, Spain, Italy and the United Kingdom.

The majority of asylum seekers arrive from three crisis-struck states — Syria, Afghanistan and Iraq, the statistics revealed. Syrians comprise 14 percent of the total number of first-time applicants. Moreover, Syrian was the main citizenship of migrants in eight EU Member States.