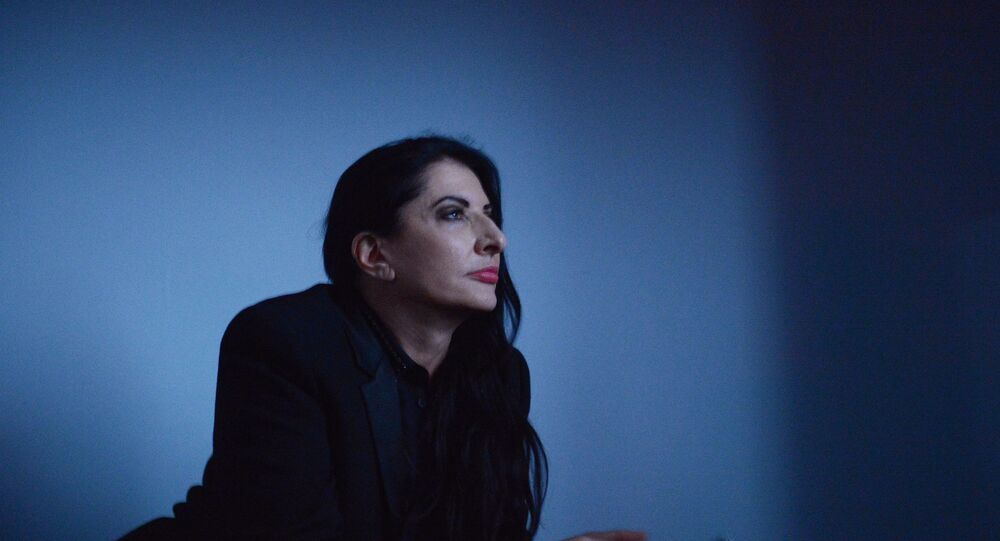 Rumours of the Serbian performance artist’s supposed fondness of satanic rituals can be traced back to the 2016 presidential election in the United States. One of her best-known performances was one in an Italian gallery in 1996, in which she used pigs’ blood to paint on a white wall.

The show “Marina Abramović: The Cleaner” at the Centre of Contemporary Art Znaki Czasu in Toruń, Poland, has sparked controversy among a group of Catholics, who believe that the famed Serbian artist… worships the devil.

The faithful took to Facebook to mobilise like-minded people to gather at what they described as “the Satanic vernissage” of Marina Abramović, “aimed at subjecting Poland to the cult of Satan”.

“We confirm that in fact such a vernissage will take place, which we regret the most, and the artist is a Satanist. However, we do not call for prayers for Poland only because some occultists wants to curse Poland… but because it is our daily duty…” the post from the Facebook group Zawierzam Maryi read.

They did show up at the exhibition’s opening, sitting outside of the centre in prayer and showing their silent opposition.

It would be much cooler if she was the devil.

Conspiracy theories about the performance artist’s links with the occult emerged after a tranche of Clinton campaign chairman John Podesta’s emails were published by WikiLeaks in the run-up to the 2016 US election. One of the emails contained a message from Abramović to Podesta’s brother, Tony, whom she invited to an evening of “Spirit Cooking”:

“I am so looking forward to the Spirit Cooking dinner at my place. Do you think you will be able to let me know if your brother is joining?” Abramović penned, while Tony forwarded the text to John for an RSVP.

Abramović, who is known and praised for work that primarily focuses on blood (in one of her Spirit Cooking sessions, she was filmed painting with pigs’ blood), pain and contact between the performer and the audience, was outraged by the fact that the message was taken out of context.

“It was just a normal dinner. It was actually just a normal menu, which I call spirit cooking. There was no blood, no anything else. We just call things funny names, that’s all. Anybody who wants can read my memoirs and find out that [my work] is far away from Satanism. My work is really more about spirituality and not anything else. I mean, this world is really turning to hell”, she told Artnews at the time.