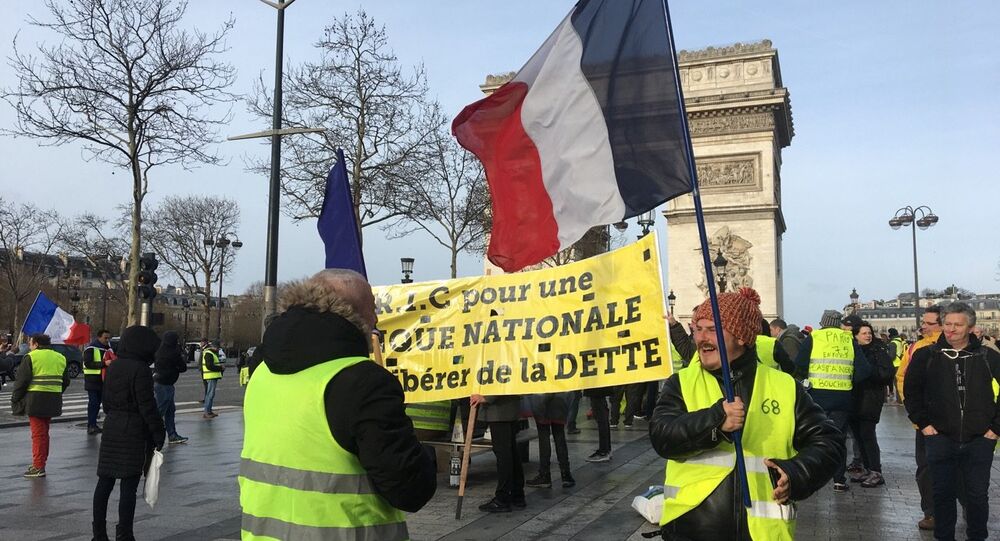 PARIS (Sputnik) – The French Senate, the upper house of the nation's parliament, passed an "anti-riot" bill in the second and final reading on Tuesday, despite concerns that it could curb civil liberties by giving local authorities the right to bar individuals who were engaged in riots before and proved to be violent from protesting.

The bill, which has also been called the "anti-hooligan" law, has now passed on to French President Emmanuel Macron, who will either sign it into law or veto it.

© Sputnik /
Understanding the Yellow Vest Movement in France
On 5 February, the National Assembly, the lower house of parliament, approved the document. The bill came as a response to the riots that often accompanied the nationwide yellow vest demonstrations.

Speaking at the Senate on Tuesday, French Interior Minister Christophe Castaner said that the bill was aimed at strengthening public order and protecting protesters, journalists, vendors and law enforcement officers.

Right to Remove 'Troublemakers' From Rallies

The document stipulates that, upon the written order of the prosecutor, police officers will be allowed to search bags, personal belongings and cars at protests.

© Sputnik .
17th Weekend of Yellow Vests Rallies: Police Use Water Cannon Against Protesters in Paris (VIDEO)
One of the most controversial provisions is the right of local authorities to bar any individual who presents "a serious threat to public order" from participating in demonstrations. Those who have committed violent acts, injured people or damaged property during previous rallies might be prohibited from attending future ones — until now, only courts could order this.

Violations of the law would result in a fine amounting to 7,500 euros ($8,465) or six months of imprisonment.

"Every single decision to ban participation in demonstrations must be substantiated, motivated, and proportionate. It must be directly related to violent behaviour during protests. This provision is directed specifically at a small number of violent individuals and cannot be applied in a more general sense," Castaner stressed.

The ban on participation in protests could be challenged in court and revoked, according to the official.

"The court remains the ultimate guarantor of freedom," the French interior minister said.

© Sputnik /
Paris Responds to UN's Probe Demand Into Police Violence at Yellow Vests Rallies
The bill introduces a punishment for those who deliberately hide their face under a mask without "legitimate reasons" during protests. Wearing a mask could be punishable by a 15,000 euro fine or one year in prison.

The original text of the document provided for the creation of a list of individuals who would be prohibited from participating in demonstrations. However, this provision was rejected by the National Assembly.

On Monday, spokesman for the French government Benjamin Griveaux said that Macron intended to appeal to the French Constitutional Council to examine the draft law for its compliance with the constitution.