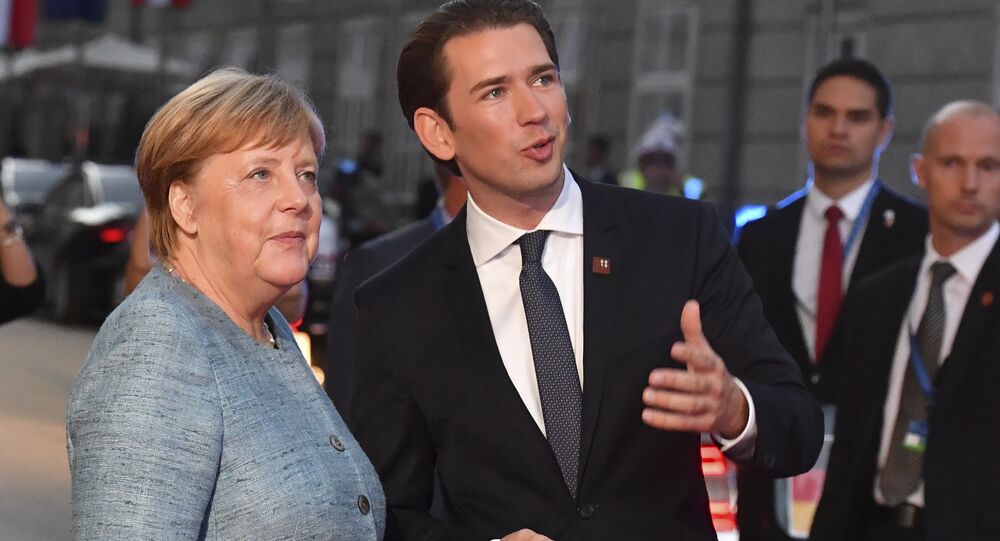 Following the defeat of the UK government over its Brexit deal on Tuesday and ahead of the decision on a no-deal exit on Wednesday, the EU27 hold a unanimous view, according to the Austrian Chancellor.

Among reactions of European leaders from across the Channel, Germany's Economy Minister Peter Altmaier said he hoped for British MPs to reject the no-deal Brexit scenario in the London parliament session later on 13 March.

The Austrian Chancellor Sebastian Kurz has similarly spoken out against Britain leaving the EU without a deal and vowed that his EU27 counterparts are of the same opinion.

"If that all happens as outlined, then we support this course of action, of course. I assume that among the (EU) heads of government there is the unanimous view that it makes sense to avoid a no-deal scenario, a so-called hard Brexit," Kurz told a news conference.

Kurz added he hoped for the House of Commons to vote for an extension of Article 50 in a session set to take place on Thursday, 14 March.

According to media reports, the German Chancellor had earlier this year made a remark regarding the length of the extension period that the EU will be comfortable to agree.

Angela Merkel reportedly said at the recent EU-Arab summit in Sharm el-Sheikh that the EU will "easily" grant a Brexit delay up until the end of June 2019. She then reportedly added that despite the disappointment among the EU 27 with the lack of progress in London, Berlin will not stand in the way of Article 50 extension.

EU's chief Brexit negotiator Michel Barnier has warned that the bloc's "no-deal preparations are now more important than ever before."

The man who largely set off the Brexit process, former UK PM David Cameron, also gave his opinion on the ongoing Westminster developments.

"I support the Prime Minister and I think she is doing the right thing seeking a partnership deal with the European Union. That's the right approach," Cameron said.

He then added that "no-deal is a good idea at all."

The UK Parliament defeated the revised Withdrawal Agreement, proposed by the government, on Tuesday, with 391 votes against and 242 in support.

Further, UK lawmakers will decide on Wednesday whether they support a no-deal Brexit. If 'no deal' is off the table, 14 March will see British lawmakers vote for the delay of Brexit.

The End of Brexit or Brexit till the End?