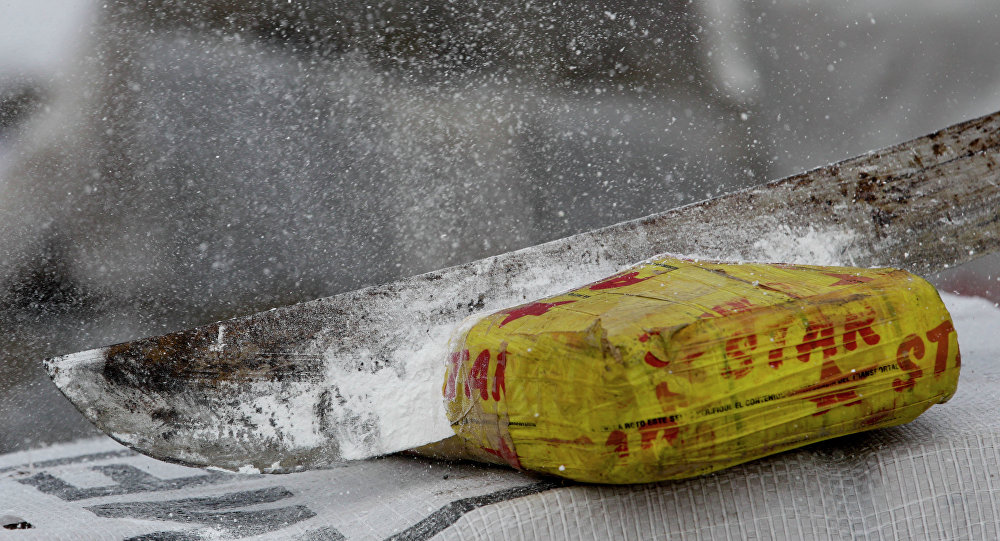 The container was discovered on a ship that sailed from South America on 28 February in Newark, and was to be shipped to Rotterdam in the Netherlands, then onward to the UK capital.

Britain's National Crime Agency assisted in the seizure of a cocaine shipment en-route to London from New York — it weighed 1.6 tonnes (1,437kg) and had a street value in excess of US$131 million (£100 million), making it the US city's largest bust in 25 years.

The illicit cache could have produced more than 15 million lines of cocaine, and its weight was equal to over a third of all cocaine seized in Britain in 2018 — that year, there were over 15,000 cocaine seizures, preventing 3,359 kilograms of the drug from reaching the streets.

The joint operation saw the US Coast Guard, customs and border agency, drugs enforcement officials and the New York City Police Department collaborate with the NCA. No arrests have been made as of 12 March, and the investigation into the origin of the drugs is ongoing.

© AP Photo / Arnulfo Franco
Biggest Drug Bust: Canadian Police Confiscate Over 1,000 Kg of Cocaine Hidden in Concrete Blocks
"Taking this amount of cocaine out of circulation will be a massive hit for the organised crime group involved. While this seizure was made on the other side of the Atlantic there is no doubt in my mind a proportion of these drugs would have ended up on the streets of the UK. We know there are direct links between drug distribution and street violence, intimidation and exploitation in UK towns and cities. These kind of seizures demonstrate the role the NCA plays in preventing that," said Dave Hucker, the Agency's regional head of operations.

While undoubtedly a vast haul, such seizures are relatively commonplace in the UK — perhaps unsurprisingly, given the country is by some estimates the cocaine capital of Europe. In May 2018, Security Minister Ben Wallace noted the drug was no longer "the preserve of the yuppie or the rich" and increasingly used in rural communities, triggering turf wars between different criminal gangs in the process due to its "high-margin, high supply" status.

© AP Photo / Arnulfo Franco
British 'Drug Lord' Denies Smuggling More Than a Ton of Cocaine Into France
The biggest bust in UK history saw 3.2 tonnes of cocaine worth at least US$672 million (£512 million) intercepted off the coast of Scotland in April 2015. Following a tip-off from French authorities, the ship carrying the cache was halted in international waters by Royal Navy warship HMS Somerset and Border Force officials, and escorted to Aberdeen Harbour.

The hoard was so vast it took two days to fully remove from the ship, and the purity of the cocaine ranged from 58 — 74 percent. Mumin Sahin, the boat's captain, and Emin Ozmen, his second in command, were both convicted the next year, and received sizeable jail terms.