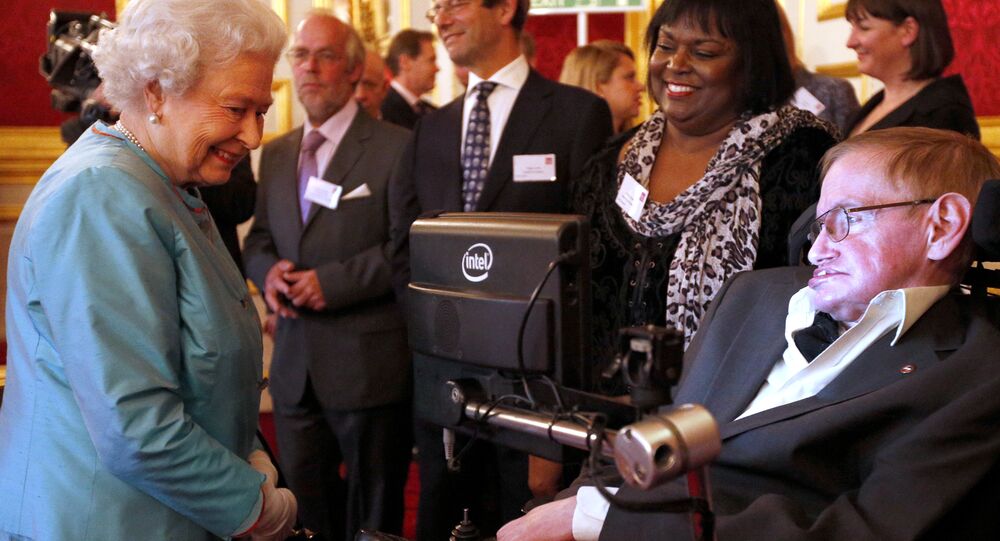 Theoretical physicist, cosmologist and author, Stephen Hawking, who passed away aged 76 last year, would be "pleased to be alongside Sir Isaac Newton and Charles Darwin as scientists who have made it on to money," according to his daughter.

The Royal Mint has honoured the late British physicist with a freshly made 50 pence coin, released on 12 March — just two days before the one-year anniversary of Hawking's death.

Coin designer Edwina Ellis said that she was inspired by a lecture Hawking gave in Chile in 2008.

"Hawking, at his playful best, invites the audience to contemplate peering into a black hole before diving in. I wanted to fit a big black hole on the tiny coin and wish he was still here chortling at the thought. I am sure he would have thought of ways to harness the shiny table of the coin too. You feel he cared about all of us understanding," Ms. Ellis explained.

One side of the coin features an image of a black hole with the scientist's name inscribed above it, while the reverse is an image of Queen Elizabeth II.

"It is a great privilege to be featured on a coin…" Lucy Hawking said in a statement.

"It's a 2D surface that seems to have a 3D image on it. It's as though you could fall into the black hole," she added.

A limited number of gold and silver presentation coins, celebrating the life of Stephen Hawking, featured on the Royal Mint website and costing from £55 to £795, have all been reserved and are no longer available for purchase.

READ MORE: To Infinity & Beyond, the Life & Legacy of Stephen Hawking