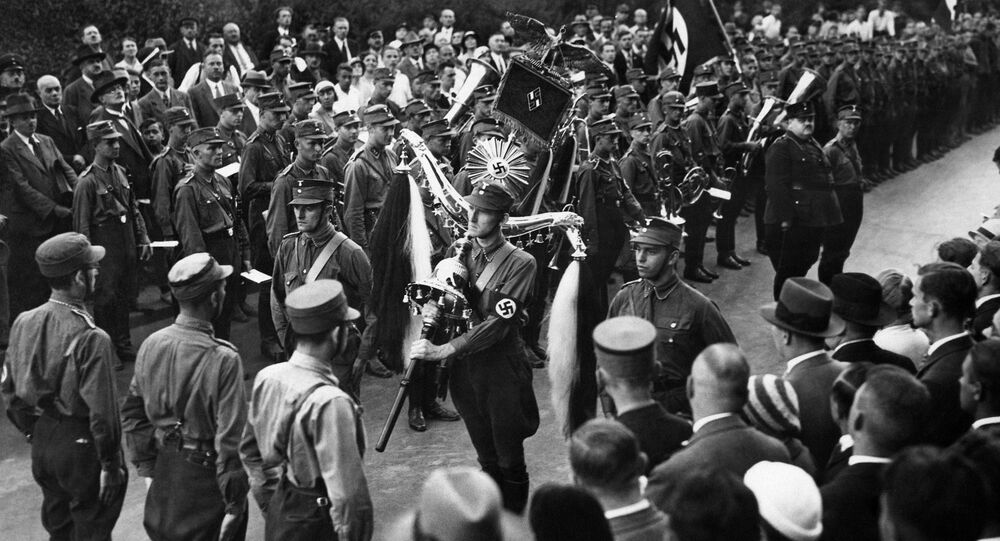 In total, there are 15 recipients of the so-called "Hitler pension" in Sweden, the newspaper Dagens Nyheter reported.

The recipients are aged between 82 and 101 years. Six of those are Swedish citizens and three of them are widows of Nazi war veterans, who inherited the pension when their husbands passed away. Dagens Nyheter described the payments as "some sort of a annuity".

During World War II, about 200 Swedes volunteered for Nazi Germany's armed forces and fought for Adolf Hitler. They were promised pensions on equal terms with German soldiers.

The German Ministry of Social Affairs and Labour have described the pensions as a "compensation to people who have incurred wounds and injuries", not for their belonging to the Wehrmacht (Nazi Germany's Armed Forces) or the Waffen-SS (the armed wing of the Nazi Party).

According to Dagens Nyheter, however, at least two of the recipients are former Waffen-SS members. Whether they took part in the Third Reich's atrocities remains unclear.

The 15 Swedes belong to the roughly 2,000 individuals worldwide who still receive payments from Germany under a 1951 law that provides for "war victims", including those who collaborated with the Nazi regime. According to the German Labour Ministry, 2,033 people benefited from such payments in February.

The pension payments came under renewed scrutiny when Belgian lawmakers last month demanded a halt of the payments to the remaining Belgian residents still receiving compensation.

While formally remaining neutral during World War II, Sweden opened up its railways for Nazi Germany to transport military personnel, weapons, and associated ammunition via its territory. Sweden also kept exporting iron ore to Nazi Germany throughout the war, which prompted Britain's wartime Prime Minister Winston Churchill into accusing Sweden of ignoring greater moral issues and playing both sides of the conflict for profit.

In the pre-war years, a strong pro-Nazi sentiment among the Swedish establishment resulted in a plethora of national-socialist organisations largely modelled after their German originals. Most of them sported swastikas, openly admired Nazi Germany, and spread supremacist ideology.

Unlike its Scandinavian peers Norway and Denmark, Sweden didn't persecute its Nazis for treason, with the majority of them escaping with little or no punishment whatsoever.