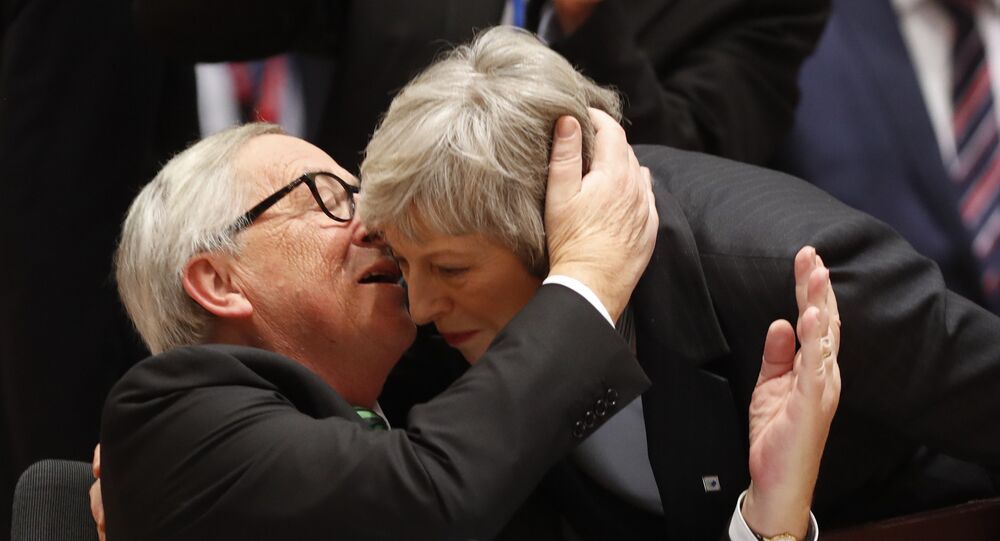 MOSCOW (Sputnik) - The leader of UK Labour Party, Jeremy Corbyn, on Tuesday slammed new arrangements regarding the Brexit deal, reached by UK Prime Minister Theresa May and the European Commission, saying that the result of negotiations did not even remotely resemble the changes that May had pledged to secure.

"The Prime Minister's negotiations have failed. Last night's agreement with the European Commission does not contain anything approaching the changes Theresa May promised Parliament and whipped her MPs [lawmakers] to vote for", the Labour leader tweeted.

Corbyn also called on lawmakers to reject the new version of the deal during a vote that is scheduled to take place later in the day.

"Since her Brexit deal was so overwhelmingly rejected, the Prime Minister has recklessly run down the clock, failed to effectively negotiate with the EU and refused to find common ground for a deal Parliament could support. That's why MPs must reject this deal today", the politician noted.

European Commission President Jean-Claude Juncker announced in the early hours of Tuesday that the prime minister had secured "legally binding" changes to the deal and, in particular, to the controversial Irish backstop provision, which would be complemented with "meaningful clarifications" and "legal guarantees".

© AP Photo / Petros Karadjias
Friend or Foe? Tony Blair Advised Macron on How to Derail Brexit - Report
The first version of the Brexit deal was voted down by an overwhelming margin in January. The lawmakers then supported the idea of replacing the backstop provision that has caused the most controversy in parliament, with alternative arrangements.

The prime minister, who has been under a storm of criticism ever since she presented the original agreement, promised to secure legally binding and significant changes to the backstop.

May also pledged that if Parliament rejected the new version of the deal on Tuesday, it would vote on whether the country should withdraw from the bloc without any agreement. If that option is rejected as well, lawmakers will consider extending the Brexit deadline set for 29 March.