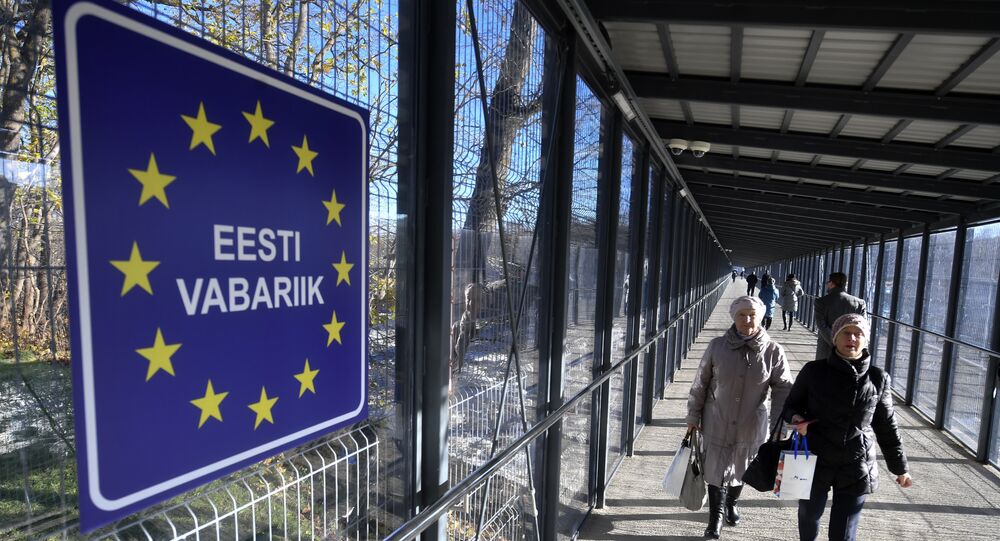 Can Estonia Contest Its Border With Russia?

As the latest border treaty between the two states remains unratified by the Estonian parliament, the possibility exists that Estonia might come up with territorial claims on Russia. Such an opportunity has become more likely as nationalists have increased their presence in the country's parliament, Sputnik Estonia reports.

The recent general elections in Estonia have resulted in a sharp increase in the number of seats held by the Conservative People's Party (EKRE) in the parliament, now amounting to 19, potentially paving the way for an initiative to dispute the current borders with Russia — EKRE's long-standing dream.

At present, no Estonian parties are able to form a majority government, meaning that several parties will have to enter into a coalition first; EKRE's performance in the elections makes it a viable candidate for such a coalition. So far, most parties have denied having plans to cooperate with the conservative party; however, the head of the Estonian Centre Party, Jüri Ratas, has not excluded the possibility, if EKRE adheres to the centrists' principles.

Additionally, if negotiations among the other parties arrive at a dead end, they can always backtrack and enter negotiations with EKRE, which came third in the elections.

The Conservative People's Party is critical of the border treaty signed with Moscow in 2014, claiming that it legitimises the "occupation" of Estonian territory and has on multiple occasions introduced a bill to withdraw Tallinn's signature from the treaty. EKRE claims that Russian territories beyond the Narva River and part of the Russian Pskov region belong to Estonia as "compensation" for its "occupation" by the Soviet Union.

The 2014 treaty is a second attempt by the two states to legitimise their border. It remains unratified by both parliaments, with Russia refusing to do so until bilateral relations between the countries return to normal.

A previous attempt was made in 2005, but it was blocked by Estonian lawmakers, who decided to introduce an additional clause to the treaty that could have opened the door to subsequent Estonian territorial claims, forcing Russia to withdraw its signature.