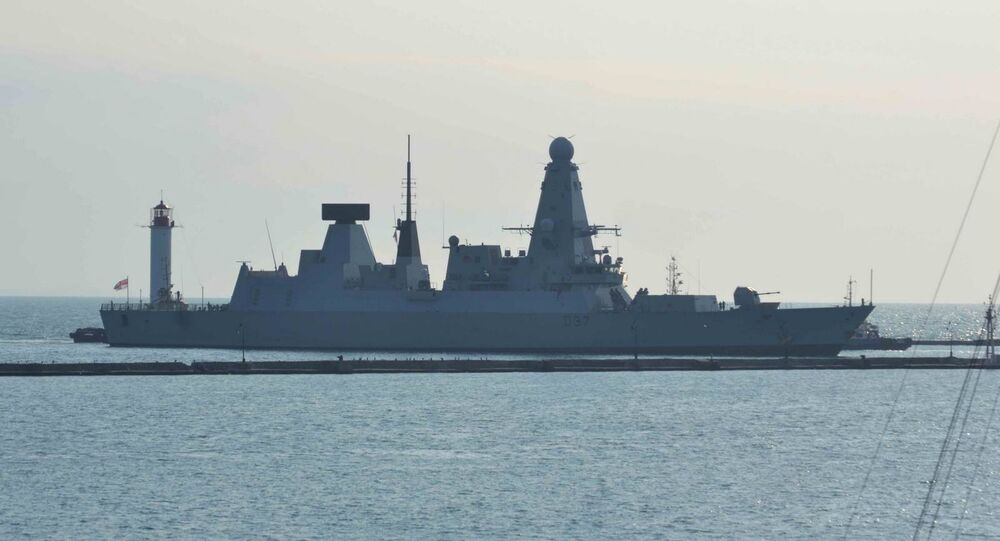 According to the Portsmouth News, the mission of the £1bn ship would be essential for preparing the destroyer to guard the HMS Queen Elizabeth - the Royal Navy’s new aircraft carrier that is slated to be deployed in 2021.

HMS Duncan, a Type 45 Destroyer is tasked with providing defence for the FS Charles De Gaulle as part of a carrier strike group deployment, Groupe Aéronaval 19, the Portsmouth News reported on Saturday.

© AP Photo /
No Longer 'Master of the Seven Seas': Has the Royal Navy Ever Been This Tiny?
According to French Minister for the Armed Forces Florence Parly, the group, which includes Portuguese, Danish, British, Italian, Australian and American escort vessels, would be deployed to participate in various air and naval operations in the Eastern Mediterranean. After that, it would also carry out exercises in the Indian Ocean and will end the deployment in Singapore during the Shangri-La Dialogue summit.

The HMS Duncan, praised by the Royal Navy as one of the world's most advanced warships, has been at the helm of NATO's Standing Maritime Group 2, a task force that conducted naval drills in the Black Sea this year. After a stay in Albania, in July the destroyer returned to her homeport in Portsmouth.