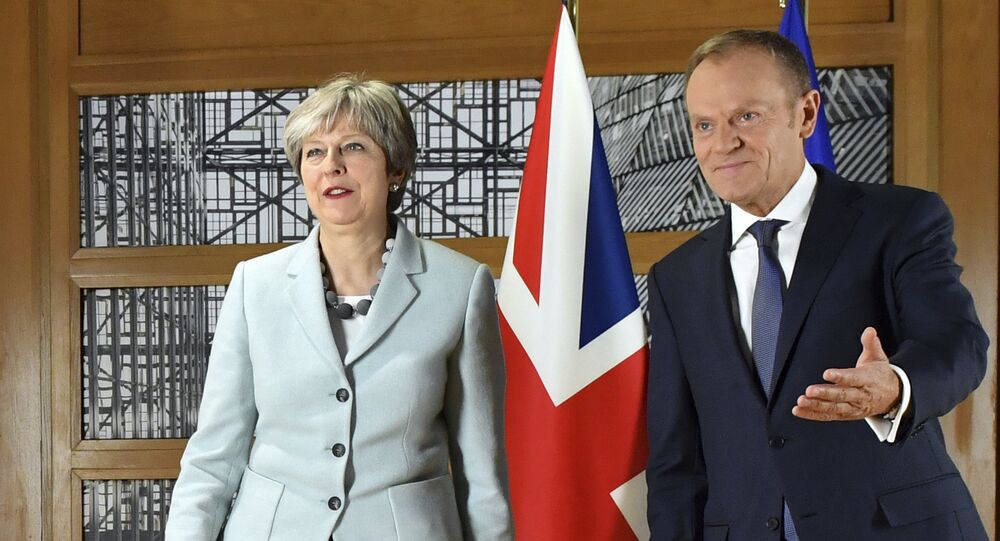 The UK is due to leave the European Union on 29 March and MPs are due to get a "meaningful vote" in Parliament on 12 March on Theresa May's deal, which has been tinkered with since it was rejected in January.

As Theresa May desperately attempted to amend the Brexit deal before it is put to Parliament on Tuesday, the EU's chief negotiator Michel Barnier spent Sunday, 10 March, in the Republic of Ireland watching a rugby match between Ireland and France.

The Attorney General Geoffrey Cox and Brexit Secretary Stephen Barclay had both planned to fly to Brussels for last-minute talks with Mr Barnier on Sunday but they were called off when he made it clear he was going to Dublin.

​Mr Barnier smiled and posed for cameras outside stadium in Dublin with the Taoiseach Leo Varadkar, again seen as a thinly veiled sneer at Britain.

"The talks are now between the UK government and MPs," Mr Barnier told journalists, making it clear there was nothing more for the EU to negotiate with Mrs May.

👇 I briefed EU27 Ambassadors and EP today on the ongoing talks with #UK. Following the EU-UK statement of 20 Feb, the EU has proposed to the UK a legally binding interpretation of the #Brexit Withdrawal Agreement. Most importantly:

Mrs May is now counting the hours until this week's crucial votes.

© Photo : Donald Tusk/Instagram
Donald Tusk posted an Instagram story showing his dog, which he pointedly referred to as his "English friend"

EU27 ambassadors were briefed this morning on the latest Brexit developments. State of place is described as “bleak.”

The EU offered May three options over the weekend on arbitration and to safeguard against bad faith, the ambassadors were told

If, as expected, Mrs May's withdrawal agreement is rejected again on Tuesday, then MPs have been promised a vote on whether the UK should leave without a deal.

Source: “There will be something from Brussels [or since the PM is off to Strasbourg, more properly from there]. It won’t be much, a letter, an instrument — and those who want to climb down will be able to”. And those who don’t will be sufficient in number to reject PM’s deal.

​This is likely to take place on Wednesday 13 March.

What a photo this is of Leo Varadkar and Michel Barnier off to watch the Ireland/France rugby match as the UK Government prays for a backstop concession.

Intended or not, it sends a pretty powerful message.https://t.co/3KLASAsUkj

​Depending on the outcome of that vote, there is due to be a vote on Thursday 14 March on whether to extend Article 50.

EU sources say Barnier team thought they had reached a deal with UK negotiators on Sunday morning but agreement nixed in London. Warn against any attempt to keep Cox proposals on table by passing aspirational vote at Westminster.

Meanwhile ​European Union leaders were accused of "trolling" Britain after they appeared to cock a snook at Mrs May.

Donald Tusk, the European Council president, posted an Instagram story of himself on Sunday lounging in a chair with his "English friend" — his English Springer Spaniel — a clear dig at Mrs May.

"They are so sure of themselves. Hardly the actions of serious politicians! When did Barnier last support the Irish rugby team? And I doubt he would have watched this one but for Brexit and the need to stick up 2 fingers at the UK. Having said that who can take our politicians seriously over this debacle they call Brexit?" Bookworm123, from Buckinghamshire, commented under the publication on the Mail Online website.

"Shows what super intelligence is running the EU. Like a bunch of school kids," a user under nickname Wildfowler wrote.

"Whatever they say or do we leaving," Princedilly from London responded.

"As if we need anymore proof the EU snouts, Goading us Leavers, He who laughs first, laughs last! Tusk is just bitter because his fellow Countrymen are all over here," Stompe from Essex wrote.