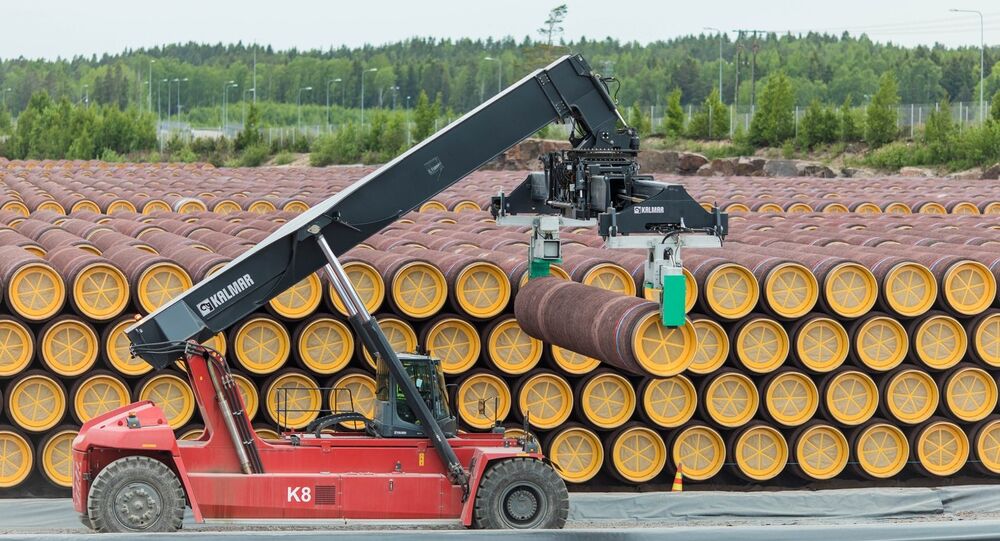 While resulting in substantial delays and financial losses for Russia's prized pipeline project, Denmark's protracted opposition to Nord Stream 2 is likely to put Copenhagen in Moscow's "black book", experts noted. The pipeline will still be completed, they admitted.

Denmark is most likely to ask Nord Stream 2 to apply for a third application, which will delay the project further and result in extra financial losses for Russia's Gazprom, the Danish newspaper Politiken reported citing informed sources.

This is due to a completely new route being considered, namely in the waters between the Danish island of Bornholm and Poland, Politiken explained.

So far, this has been impossible due to a naval border dispute between Denmark and Poland. In the coming months, however, the two countries are expected to ratify a new border agreement, thus eliminating this obstacle.

For Nord Stream 2, on the other hand, it will mean a further delay for up to a year. So far, Denmark's staunch opposition to the Russian pipeline to Germany straight through the Baltic Sea has led to substantial delays and, according to Politiken, cost Russia's Gazprom up to DKK 750 million ($113 million).

"Denmark has already pushed it rather far, and it is starting to hurt Nord Stream 2", Trine Villumsen Berling, an associate professor of political science at Copenhagen University and expert in energy and security policy, told Politiken.

Flemming Splidsboel, a senior researcher from the Danish Institute of International Studies, pointed out that this will inevitably be "noted in Moscow's black book".

Almost two years ago, Nord Stream 2 submitted its first application for a route south of Bornholm, where Nord Stream 1 is already located. This application could be rejected as these waters constitute Denmark's territorial seas.

To safeguard its interests, in August 2018 Nord Stream 2 submitted another application for an alternative route north of Bornholm that goes farther beyond Denmark's territorial seas.

As many analysts, including former Danish Foreign Minister Uffe Ellemann-Jensen, put it, Denmark is caught in the crossfire between other states' interests. Regardless of which option the Danish government chooses, it will be caught between a rock and a hard place.

"If we say no, the Germans and the Russians will become angry. And we still need to discuss the Arctic problems with the Russians. If we say yes, the Americans and our Nordic and Baltic partners will be angry", Ellemann-Jensen concluded in an opinion piece in the newspaper Berlingske.

Still, he admitted that regardless of which path Denmark selects, the pipeline will be completed.

Nord Stream 2 is a joint venture between Russia's Gazprom, France's Engie, Austria's OMV, the Anglo-Dutch company Royal Dutch Shell, as well as Germany's Uniper and Wintershall. Moscow and Berlin have been reiterating that the pipeline is a purely commercial and not a political project.

The $11 billion venture is expected to deliver 55 billion cubic metres of Russian natural gas per year to the EU via the Baltic Sea, circumventing Ukraine and the Baltic States. According to the German-Russian Chamber of Commerce, the project has already created 30,000 jobs in Europe.

The US has been zealously opposing the project, citing Europe's "over-reliance" on Russian energy. US President Donald Trump has even gone so far as to accuse Germany of being Russia's "captive". Meanwhile, Russian President Vladimir Putin has voiced the belief that US President Donald Trump is seeking to force Russia out of the European energy market so that the United States could sell more of its own liquefied natural gas to Europe.