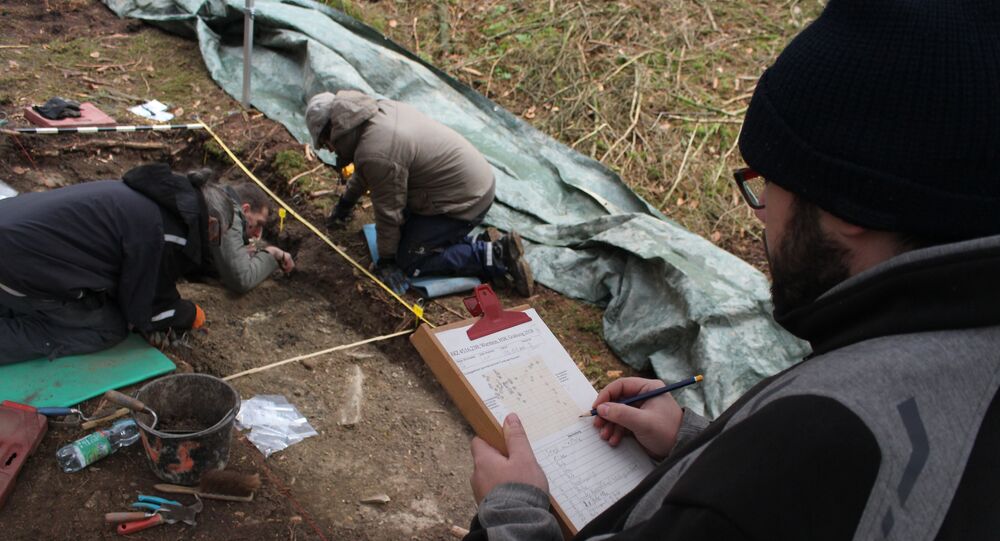 Around 200 forced labourers were executed by retreating Nazi troops in western Germany weeks prior to the signing of the Reich's capitulation. Now, over half century later historians have managed to reconstruct those tragic events.

Historians and archaeologists from Germany's regional LWL group have unearthed nearly 400 artefacts from three sites in the forests of North Rhine-Westphalia, where a Reprisal SS Division under the command of SS General Hans Kammler executed three groups of Polish and Russian forced labourers during the last days of the Third Reich.

According to LWL's head, Matthias Löb, these artefacts have allowed them to reconstruct events at the sites where they occurred. The SS troops first robbed the victims of all valuables prior to killing them. Some of the labourers tried to escape but without luck, the LWL determined, studying the bullets spray.

Most of the findings, such as shoes, buttons, parts of clothes, prayers books and dictionaries, were uncovered at a site near the town of Warstein, where the SS murdered a total of 71 people, 60 women, 10 men, and one child. At a second site, also close to Warstein, the 57 victims there were first made to dig trenches in the form of SS lightning bolts, where they were later executed and buried.

A third site near the town of Meschede, became the burial ground for 80 more labourers, some of them from the Soviet Union, judging by the coins found there along with a harmonica, an eyeglass case and a comb.

The head of the LWL says that so far only 14 of the 208 victims have been identified, but the group's findings may help to identify more and possibly find their descendants.

US Marine Under Investigation After Posting Pro-Nazi Tweets (PHOTO)