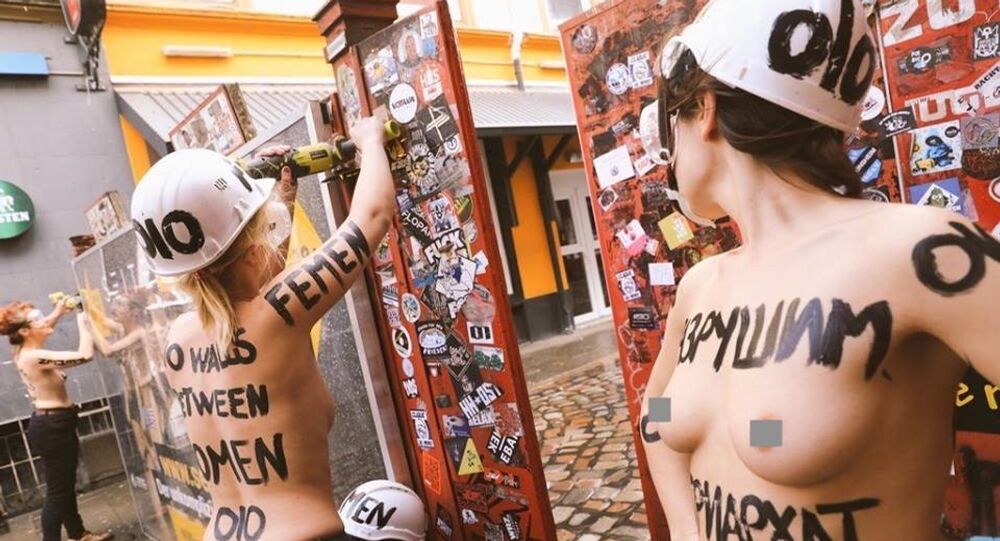 The feminist organisation is infamous for its activists and campaigns, which include topless protests against a wide range of issues, including gender imbalances, religion, homophobia and sexism, while also expressing its anger at more political global matters.

Feminist protesters destroyed a wall in Hamburg that served as a barrier to a public road with brothels in the red light district that was inaccessible to women, FEMEN's Germany group said in a Facebook post.

"At a time when populists call for more limits and call fanatics build a wall In this time, as a femen movement, we take back to sharp saws to tear down the walls!," they said in a statement.

The protesters called the Hamburg wall "highly symbolic" as it was constructed in the 1930s "to separate prostitutes from the rest of the society."

#FEMEN destroyed the Herberstrase barrier!This metal barrier was erected in Nazi Germany in 1930s, to segregate prostitutes,the exploited women by the sex industry from the rest of society.From 1970s this barrier is a symbol of gender-apartheid,as women are prohibited an entry pic.twitter.com/LYSzVSoGVo

​The group known as FEMEN was established in 2008 by a group of four Ukrainian women who sought to use public nudity as an element of protests against sexism and violence against women, first taking to the streets of the nation's capital to declare that "Ukraine is not a brothel." Since then the group's brand of ‘sextremism' has spread around the world, with topless activists stirring things up and making headlines in various countries.