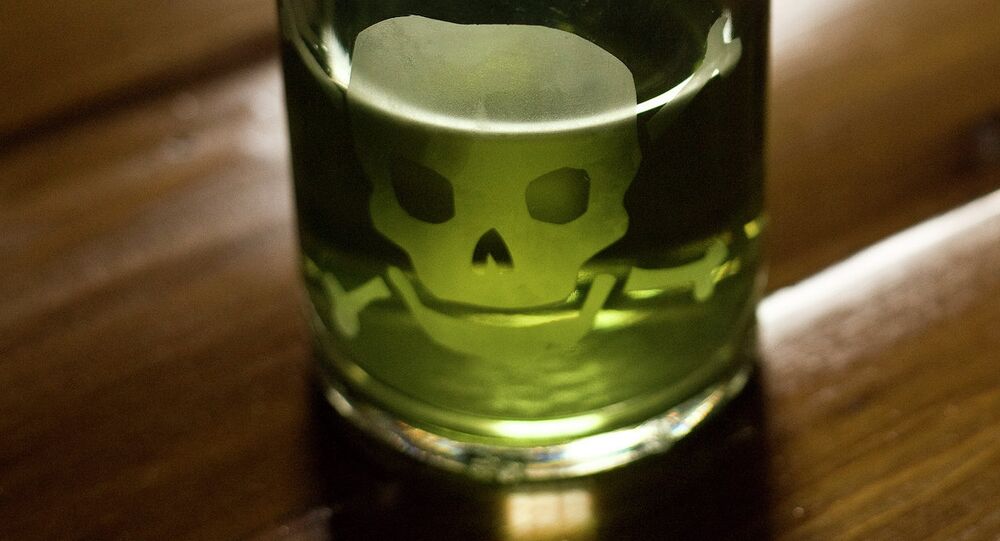 A 57-year-old German man has been sentenced to life in prison for running a years-long, one-man poisoning campaign against his coworkers ‒ and none of us will ever leave our lunch in the office fridge again.

Klaus O., identified by first name only in accordance with Germany's privacy laws, was arrested in May after surveillance video captured him sprinkling a substance over a colleague's sandwich, AP reports.

Before his arrest, colleagues of Klaus' at ARI-Armaturen, a metal-fittings manufacturer in the German industrial town of Schloss Holte-Stukenbrock, had been falling mysteriously ill.

© CC0 / Pixabay
Salvation or Deadly Poison for the Elderly? Scientists Get Divided on Aspirin

A 23-year-old trainee had fallen into a coma and been found to have permanent brain damage. He had ingested mercury — but investigators didn't know how, a New York Times report explains. Other colleagues would repeatedly come down with strange symptoms during their shifts, but as the effects would wear off, no source could be found.

"Doctors could not explain why I got so sick," Udo B, who worked with Klaus for 30 years, told German publication Bild shortly after the arrest. Udo's kidneys failed suddenly due to lead and cadmium poisoning while he worked with Klaus, and he now can't drink more than a few ounces of liquid a day without suffering severe cramps, News.au reports. Another of Klaus' victims was also poisoned with lead and cadmium and suffers chronic kidney damage and an increased risk of cancer as a result.

Eventually, one of Klaus' colleagues noticed a strange powdery substance on his sandwich. After it happened a few more times, he went to the police, who asked ARI-Armaturen to install a camera in its break room. Klaus was soon captured on video opening a colleague's lunch box and sprinkling something over the food inside. The substance was identified by authorities as highly toxic but nearly tasteless lead acetate, which is extremely harmful to human organs, a Deutsche Welle report from the time of the arrest explained.

Police searched Klaus' home and found a rudimentary chemical laboratory and the poisonous metals mercury, lead and cadmium, as well as a substance Judge Georg Zimmermann described as "more dangerous than all combat agents used in World War II," according to Euronews.

Klaus did not speak at his trial. A psychologist told the court he thought the poisonings were undertaken so Klaus could watch his colleagues' reactions, treating them as lab rats. The judge called Klaus' crimes as serious as murder, according to local reports.

A German life sentence typically results in 15 years actually being served in prison; however, the judge ordered Klaus to remain behind bars even after that time is up, as he is an ongoing danger to society, AP reports.

At the time of Klaus' arrest, it was reported that he was being investigated for 21 deaths connected to the factory over the past 18 years. The status of that investigation, and Klaus' connection to it, is not clear.