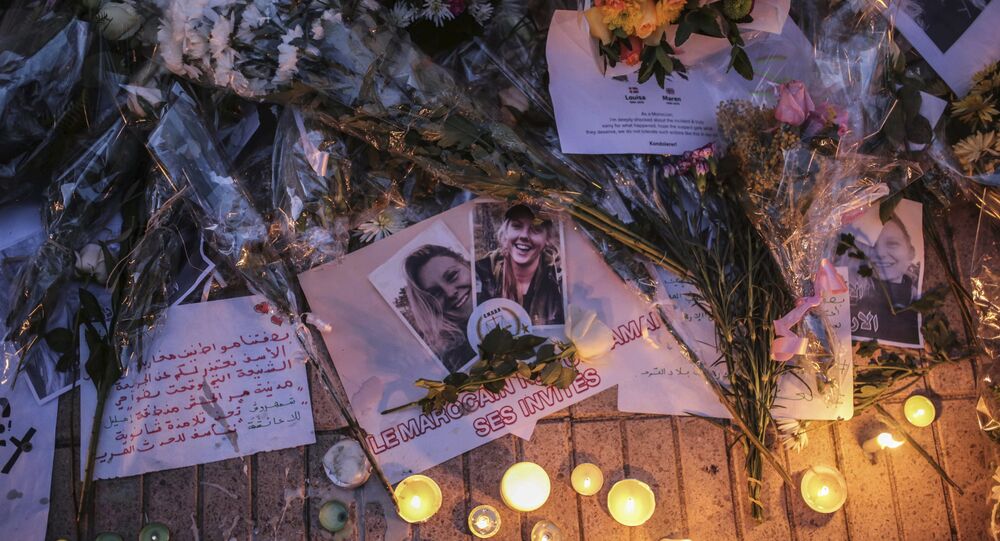 Danish hiker Louisa Vesterager Jespersen, 24, and her Norwegian friend Maren Ueland,28, were killed in Morocco's Atlas Mountains during a trekking holiday. The video, shared by 14 Danes, six of whom were minors, showed the beheading of Jespersen with what appears to be a kitchen knife.

"The East Jutland Police have reviewed 118 reports from all over the country. This led to charges against a total of 14 people," the police said.

The killing video has been primarily shared on Facebook Messenger and other social media, but some cases involve its display at educational institutions.

Among the 14 defendants, six are minors. Of them, two are under the age of 15, who, according to Danish criminal law, cannot face criminal chargers. This means that criminal cases can only be brought against the remaining 12 people aged 15 and over. Apart from minors, the video has been shared by people in the age group 22-69.

The Danish Intelligence Service, PET, previously verified the killing video that reportedly flourished on Danish social media. The Danish police advised the public not to watch the video and delete it if one happens to be in possession of it.

The Danish children's organisation, Børns Vilkår, received numerous calls on its hotline from children who have watched the video. The organisation described the video as brutal and stressed that the charges send a strong signal that sharing offensive images is prohibited.

24-year-old Danish woman Louisa Vesterager Jespersen and her 28-year-old Norwegian friend Maren Ueland were found dead on 17 December in a mountainous area about an hour's drive from the city of Marrakesh. They were brutally murdered during a Christmas trip to Morocco, where they wanted to see Toubkal, North Africa's highest peak.

15 Moroccan men were later charge for the attack classified as a terrorist attack. Despite the fact that the suspected killers swore allegiance to Daesh*, the Moroccan intelligence service later rejected the idea that murder was coordinated by the so-called "Islamic State".

Earlier, the extremely graphic video was reportedly sent to friends and relatives of the victims. According to Danish media, Jespersen's mother and other relatives even had to deactivate their Facebook accounts after being spammed with the grisly video from fake accounts and bots.

READ MORE: 15 Charged With Terrorism Over Beheading of Two Tourists in Morocco

Despite the gruesome killing, The Independent placed hiking in Morocco as number one recommendation for female-only trips, sparking outrage on social media.

The first recommendation is “Hike in Morocco”