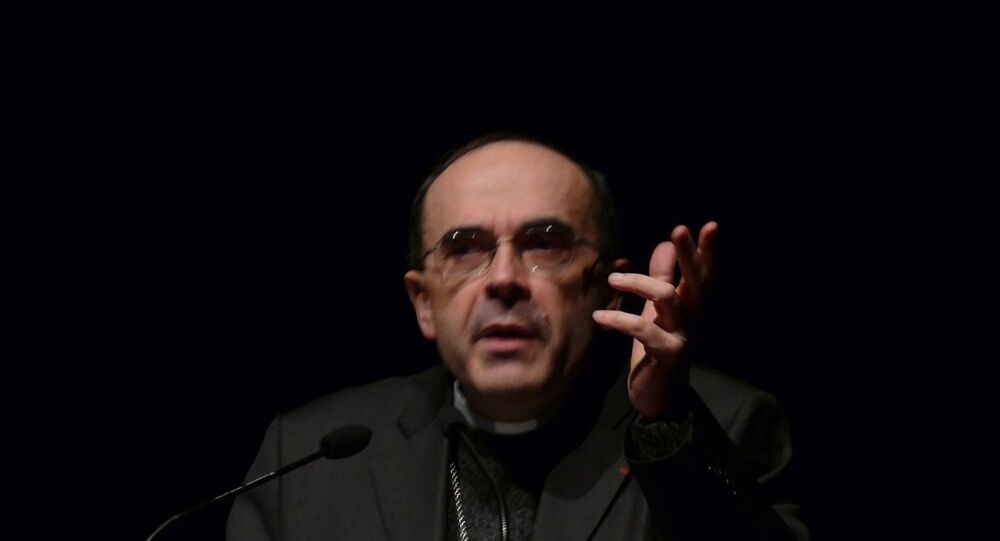 Recently, the Roman Catholic church has been facing a fresh wave of sex scandals, involving the most influential part of the clergy. Reacting to it, Pope Francis convened a historic Vatican summit on clerical sex abuse, where he condemned such actions and called child abusers "tools of Satan".

Cardinal Philippe Barbarin announced he would resign after being convicted of failing to report child abuse. Earlier, the most senior cleric of the Roman Catholic church in France, archbishop of Lyon Cardinal Philippe Barbarin, has been found guilty of failing to report accusations of sexual assault of boy scouts in his diocese in the 1980s and 1990s. He has been handed a six-month suspended sentence.

Barbarin, however, denied the charges in court, saying that  "I cannot see what I am guilty of. I never tried to hide, let alone cover up these horrible facts."

© AP Photo / Riccardo De Luca
Vatican Treasurer George Pell Found Guilty of Child Abuse - Reports
The trial took place amid a new wave of sex scandals, shaking the Roman Catholic church. At the end of February, a member of Pope's inner circle of advisers, German Cardinal Reinhard Marx, admitted that "files that could have documented the terrible deeds and named those responsible were destroyed or not even created".

Speaking about the painful issue, Pope Francis called the abusers "tools of Satan" and "ravenous wolves" and vowed to address the issue with "utmost seriousness".