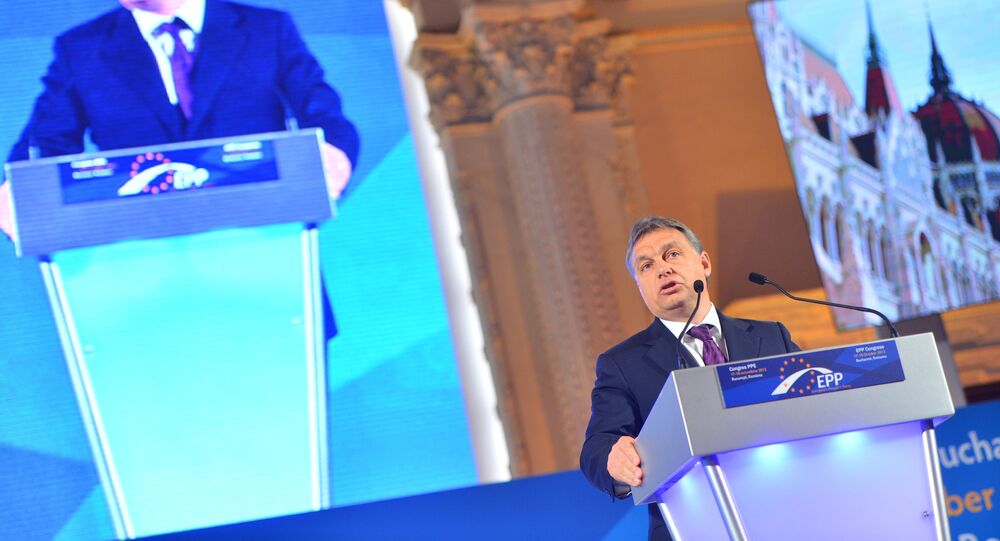 Hungarian Prime Minister Viktor Orban reiterated his stance on immigration amid the fierce discontent from the EU side and demands for the Fidesz to leave the European People's Party.

The Hungarian Prime Minister stated that the breakup of the European Union was not excluded if one part forces pro-immigration policies on the other.

"If we are let alone and they do not force Islamisation on us, Europe can continue to live as the club of free nations," he said. "But if they force us to accept the UN migration pact or the European Commission's decisions so as to make us fit their own Western concessive policies, a breakup cannot be ruled out."

However, prior to that Hungarian Prime Minister Viktor Orban’s chief of staff Gergely Gulyas announced that they would like to remove the billboards with the face of the commission's President Jean-Claude Juncker that prompted the huge backlash in Brussels.

"If this means the billboards, the government has approved the plan about the protection of families, so from next week, these billboards will be on display," Gulyas said.

Shortly before that, Gergely Gulyas said that Viktor Orban's ruling Fidesz party wants to remain within the European People's Party.

Earlier, the Fidesz Party said in a press release that it does not want to leave the EPP. Instead, it plans to strengthen the anti-immigration forces in it.

© AP Photo / Darko Vojinovic
Hungary's Ruling Party Faces Expulsion From EPP Due to Migrant Stance - Reports
The Hungarian government, as well as some other European countries, vehemently oppose EU plans to redistribute migrants across the bloc.

In February, a nationwide poster campaign was launched in Hungary accusing Jean-Claude Juncker and George Soros of supporting illegal migration.

After that Juncker, who himself belongs to the European People's Party (EPP), suggested that the party of Hungarian Prime Minister Viktor Orban, did not belong in the centre-right group. Since his statement, the calls for Fidesz to leave have intensified.

Viktor Orban stated on 10 January 2018 that Hungary wanted to gain an anti-immigration majority in EU institutions, including the European Parliament and the European Commission.

The EPP currently holds 217 seats in the European Parliament, 12 of which belong to Fidesz. The second largest group, the Progressive Alliance of Socialists and Democrats (S&D), has 186 seats. The ENF has 37 seats.