'Europe is in Crisis, But Macron Doesn't Have the Right Diagnosis' - Researcher

Sputnik has discussed with Jan Oberg, director of the Transnational Foundation for Peace and Future Research, French President Emmanuel Macron's open letter envisaging steps that could lead to a "European Renaissance” in the lead up to May's European elections and Brexit.

Jan Oberg: Yes, it is facing an existential crisis and the problem is that he does not make any diagnosis of this. He hits populism and nationalism and the same things could be said of himself and his country! France, historically, has not been without a touch of nationalism and not working with others and having their own independent nuclear weapons since De Gaulle’s days, etc., and he himself has quite a few problems with the protest movement. Why doesn’t he make a good diagnosis, as every good doctor knows — and he’s an intellectual, allegedly — that if you don’t make a good diagnosis the treatment you suggest will not be very relevant.

Sputnik: Is it perhaps a question of the European elites being detached from the everyday concerns of the people?

© REUTERS / Gonzalo Fuentes/Pool
Macron's 'European Renaissance': EU Lacked Sense of Collective Mission for Generation - Prof
Jan Oberg: Yes and then he suggests a conference and some meetings, and a charter and so on… One of the big problems with his presentation of ideas, apart from being a lot of marketing language, is that you cannot discuss the future of Europe without discussing it as part of the world. He is very narrow-minded and talks about closed borders and defence agency and territory, which is very conservative, very non-inventive, very without any kind of vision. We need a completely different attitude to the rest of the world than is embedded in his article.

Sputnik: How successful are his ideas for increased European integration going to be at a time when anti-EU parties are becoming more and more popular and that at home, Macron has continued yellow vest protests? 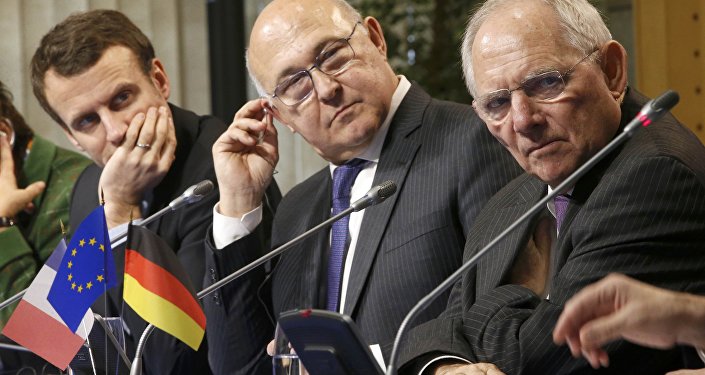 © REUTERS / Charles Platiau
Belgian PM, EU Council Chief Support Macron's Call for 'European Renaissance'
Jan Oberg: Well he’s launching debates on and off; one of the tragedies of the European space is he’s the only one who is having that kind of vision and that vision is not very attractive. I don’t think it will solve any problems to have more talk, talk, talk. We need something very concrete and we need a different perspective on Europe, which he is obviously not capable of in that he talks about Europe, Europe, Europe. Europe is part of the Western world, which includes the United States, Australia and partly Japan, and they are on their way down. There’s a new world coming up, whether it’s the Silk Road, or China or the BRICS countries, and he does not even mention that Europe is 8% of humanity. If you don’t open up and talk about closing your borders and having a defence agency… I think he’s losing it.