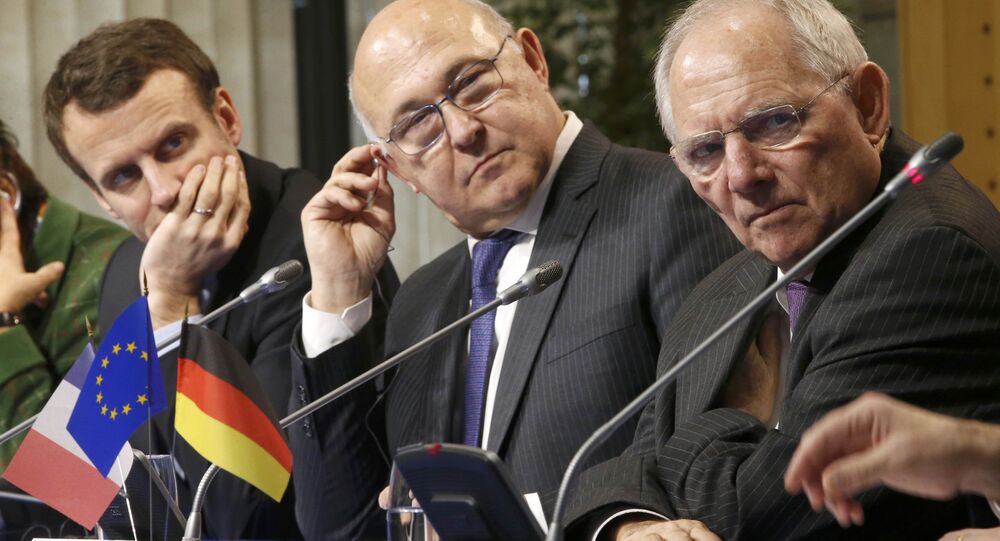 In his Monday's open letter, Macron proposed to EU citizens ahead of May's European elections a series of measures that would lead to the "European Renaissance."

President of the European Council Donald Tusk expressed on Tuesday support for the initiatives on reforms for Europe that were proposed by French President Emmanuel Macron.

"I fully support his way of thinking, also when he says, and I quote, ‘Our first freedom is democratic freedom: the freedom to choose our leaders as foreign powers seek to influence our votes at every election.’ End of quote. There are external anti-European forces, which are seeking – openly or secretly – to influence the democratic choices of Europeans, as was the case with Brexit and a number of election campaigns across Europe. And it may again be the case with the European elections in May," Tusk said after a meeting with Prime Minister of Armenia Nikol Pashinyan.

"I am calling on all those who care about the EU, to cooperate closely during and after the European elections. Do not allow political parties that are funded by external forces, hostile to Europe, to decide on key priorities for the EU, and the new leadership of European institutions. We cannot wait for the renaissance of Europe – the renaissance of The European elections are set to be held on May 23-26," Tusk noted.

At the same time, Belgian Prime Minister Charles Michel has voiced his firm support for some of the proposals put forward by Macron.

"His [Macron's] proposals correspond with my own views regarding several key issues, in particular, Emmanuel Macron's statement in support of [united] Europe, which defends freedom and democracy," Michel told the Belga news agency.

© REUTERS / Philippe Wojazer
EU Lawmaker Suggests Macron Trying to Play 'Hard Man' With UK's Stalling Brexit
The comments referred to the Monday's open letter by Macron, in which he proposed to EU citizens ahead of May's European elections a series of measures that would lead to the "European Renaissance." In particular, the French leader suggested that the European Union should create a common European border force and set up a European agency for the protection of democracies, which would help EU members shield their elections from cyberattacks and other forms of meddling.

According to the prime minister, EU citizens will have to choose during the upcoming elections to the European Parliament, set to take place on May 23-26, whether they want to divide Europe or have a Europe that will protect their interests.

This is not the first initiative of this kind from the French president: in November 2018, he has called for the creation of a "real European army", independent of the United States, to be able to defend itself. German Chancellor Angela Merkel has supported the idea while US President Donald Trump has criticised it.