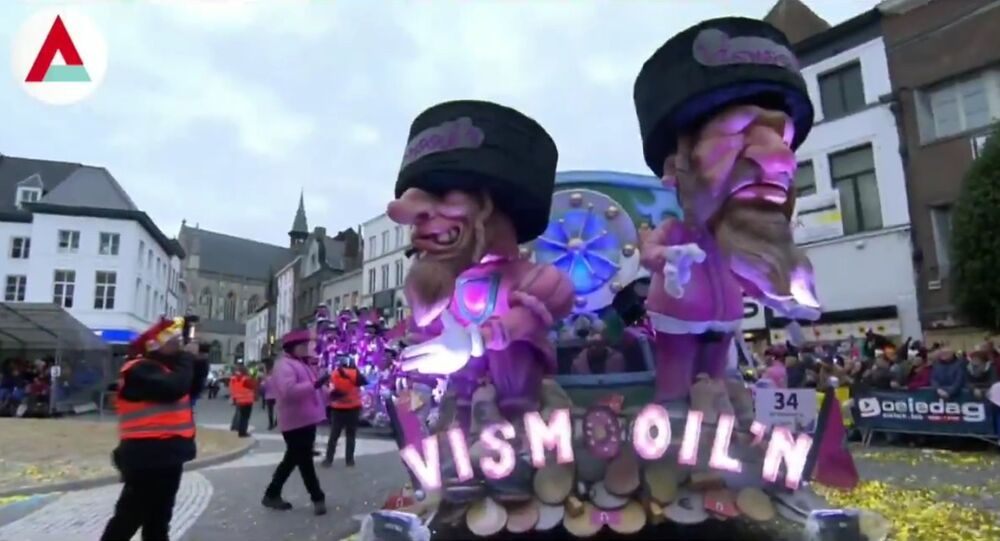 People are bombarding social media with furious messages after seeing photographs from an annual Belgian carnival recognised by UNESCO as a Masterpiece of the Oral and Intangible Heritage of Humanity.

Social media users were shocked and appalled to see grotesque puppets of Orthodox Jews in pink suits and giant hats, and a rat atop money bags at the world-famous Aalst Carnival in Belgium.

Many accused Belgium of showing the “ugly face of anti-Semitism”, while several groups representing Flemish and French-speaking Jews in the country complained to the federal UNIA watchdog: “In a democracy like Belgium, there is no room for such things, carnival or not”.

A picture sent to me by a friend from #Belgium.

This was from #AalstCarnaval yesterday. Sick #Antisemitism at its worst.

A parade float at the Aalst Carnaval in Belgium featuring caricatures of Orthodox Jews atop money bags and rats, March 3, 2019.
The world is an insane place. pic.twitter.com/y28Tmj5IKo

Are the levels of antisemitism in Belgium so high that the people who created this affront to human decency felt it would pass without any negative consequences for them?
Are there anti-discrimination Laws in Belgium that will be applied here? 2/3

HATE FEST: A UNESCO supported carnival in Aalst Belgium on Sunday paraded antisemitic caricatures of Orthodox Jews sitting on money bags next to a rat, men in KKK outfits, and people wearing #blackface as thousands cheered and laughed. pic.twitter.com/xu3JGqW0ue

The fact that the Aalst Carnival, the origin of which can be traced back to the Middles Ages, was included in UNESCO’s list of intangible world heritage in 2010, has become another reason for netizens to vent their anger:

No surprise this carnival is “Recognized by UNESCO as a Masterpiece of the Oral and Intangible Heritage of Humanity”. Hope the UN is proud.

Some social media users, however, thought there was nothing wrong with poking fun at such things, and that it was the whole point of the carnival by definition:

If your friend would send pictures of the whole parade you will see that in this "carnival" everything is laughed at, Muslims, Christians, politicians, royals…………

We need a National "Make fun of whatever you want (jokingly)" day, free of repercussions. No limits, have thick skin & laugh at what you think is funny.

Their country, their carnival, their rules

Can't be called racist if you mock all the races.