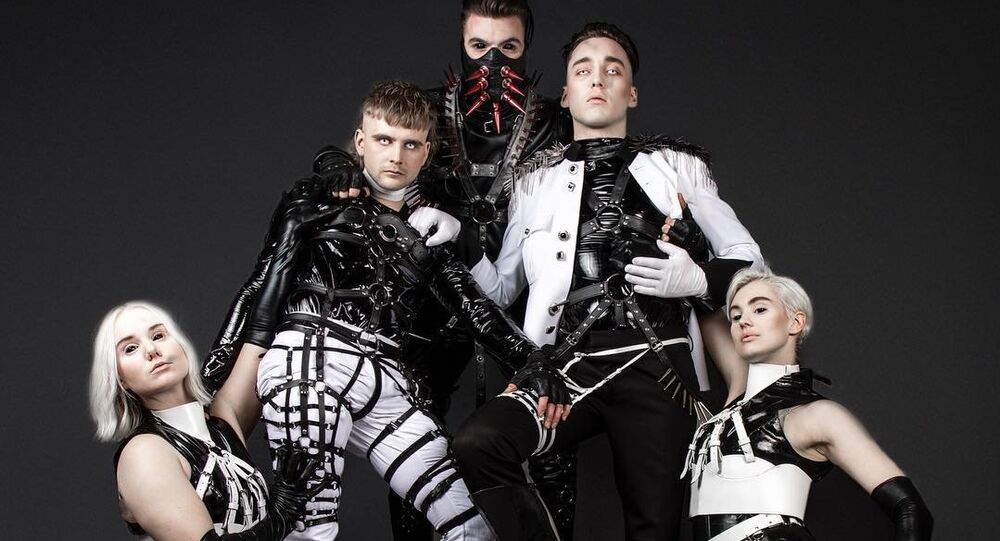 The band has made it clear they view the contest as a political one and will seek to stage an anti-Israeli political protest onstage, despite Eurovision rules saying that such behaviour may result in disqualification.

Iceland has made its pick for Eurovision 2019 song contest: the industrial techno band Hatari whose members don BDSM-inspired outfits on stage. The band has a strong political agenda and has threatened to pull off an anti-Israeli protest during their performance at the contest.

Hatari, whose name translates as "Hater," have chosen a song entitled "Hatrid Mun Sigra" ("Hatred Will Prevail"), which features lyrics, such as "Europe will crumble", "Multilateral delusions, Unilateral punishments", and "Happiness will end For it is an illusion".

The band, which has long proclaimed that they aim to "take down capitalism," said they're planning a protest against the Israeli treatment of Palestinians during their performance.

"No messages promoting any organisation, institution, political cause or other, company, brand, products or services shall be allowed in the Shows and within any official ESC premises and/or event. No lyrics, speeches, gestures of a political, commercial or similar nature shall be permitted during the ESC", the Eurovision rules say.

"A breach of this rule may result in disqualification".

When asked about the possibility of disqualification over the planned protest, band members told Icelandic website Stundin that they see Eurovision as a political contest; even more so now that it is being held in Israel.

"Perhaps we will be driven out of the contest, but it would be just as revealing as any act that we can think of onstage", the band's members said in an interview.

The band beat out "saccharin sweet Eurovision veteran Friðrik Ómar," according to Iceland Monitor, as well as three other contestants — Tara Mobee, Hera Björk, and Kristina Skoubo — in a public vote and will now compete in the semifinals scheduled for 16 May in Israel.

"Our feelings are of overwhelming respect towards this project for which our nation has selected us", the band said about their national vote victory. "It brings us one step nearer to our plan, to destroy capitalism".