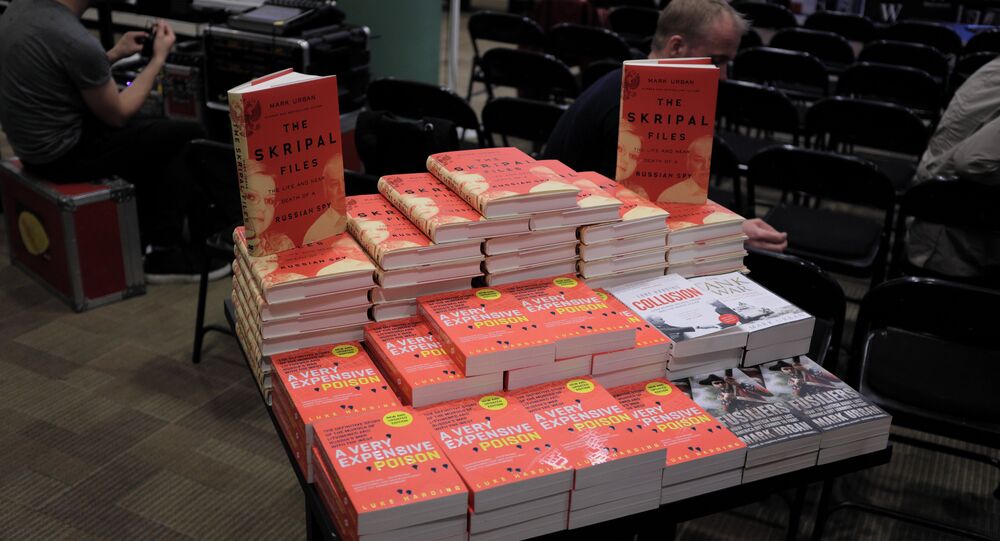 MOSCOW (Sputnik) - The atmosphere of secrecy that London is creating around the poisoning of ex-Russian double agent Sergei Skripal, which took place in the UK city of Salisbury a year ago, substantiates the belief that the incident was an anti-Russian provocation, the Russian Embassy in the United Kingdom said in a statement on Saturday.

The statement came just two days before the anniversary of the notorious incident, in which Skripal and his daughter Yulia were poisoned by what London qualified as a military-grade A234 nerve agent. While London has accused Moscow of being behind the attack, these allegations have been repeatedly refuted as baseless by the Russian government.

"There is substantial interest in Russia for all British media reports on this matter. Considering their inconsistency, the Russian public becomes more and more convinced that the Salisbury incident has been in fact a major anti-Russian set-up. The atmosphere of secrecy created by the British authorities around the investigation yet fuels such belief," the press officer of the embassy said, as quoted in the statement.

Commenting on The Financial Times' Thursday report, claiming that Russian media have been misleading the public by publishing a total of 138 contradictory accounts of the incident, the press officer said that these were, in fact, "separate points on various aspects of the incident," adding that it was not surprising that Russian journalists were trying to "understand what has really happened in Salisbury," since the UK government had not provided its account.

"Despite the fact that the Salisbury incident happened almost a year ago, the British authorities have not published the results of the police investigation, which, as we understand, is still ongoing. The British and Russian public have to settle for multiple leaks (the vast majority of which appear in the British rather than Russian media) that the government persistently refuses to confirm or deny," the press officer said.

© Sputnik / Alex McNaughton
UK Defence Ministry Set to Reopen Five Military Bases Due to Skripal Poisoning
On March 4, 2018, the Skripals were found unconscious on a bench at a shopping centre in Salisbury. London said it suspected Russian nationals Alexander Petrov and Ruslan Boshirov of performing the attack and of working for the Russian intelligence.

However, Moscow has repeatedly noted that London has not provided any evidence proving the Russian role in the poisoning. Petrov and Boshirov, in turn, denied their involvement in the attack in an interview with the RT broadcaster.

The Russian Foreign Ministry said that it had sent about 60 diplomatic notes to the UK Foreign Office, demanding that Russia should be given access to the investigation and offering cooperation but to no avail.