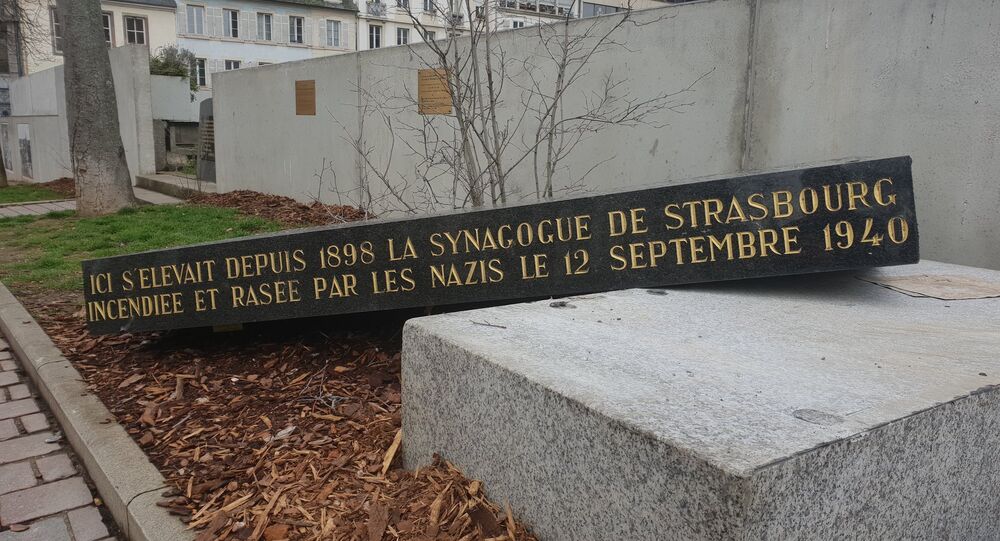 A memorial stone at the site of Strasbourg's old synagogue has been pushed off its foundation.

Strasbourg's city hall announced on Saturday that the memorial stone near the Synagogue du Quai Kléber — the city's main synagogue before World War II — has been vandalised. A memorial to a fire in the old synagogue, which was burnt down by Nazis in 1940, has been broken and pushed from its base. The incident was reported by residents at 9am local time.

The police have been to the scene and have launched an investigation into the incident.

​First Deputy Mayor Alain Fontanel has lamented the incident as a "new anti-Semitic act in our city".

© Sputnik / Julien Mattia
Macron Slams 'Anti-Semitic Insults' Against French-Jewish Writer by Yellow Vests
This is not the first case of anti-Semitism to take place in France recently. Earlier, in February, a Jewish cemetery was vandalised in the village of Quatzenheim, eastern France, where about 80 graves were defaced with swastikas. Before this, anti-Semitic graffiti — the word "Juden!" which means "Jews" in German — was sprayed in yellow paint across a window of the Bagelstein bakery in Paris.

The French government has reported that anti-Semitism is on rise in the country; last year there were 541 registered incidents, up 74 percent from the 311 registered in 2017.